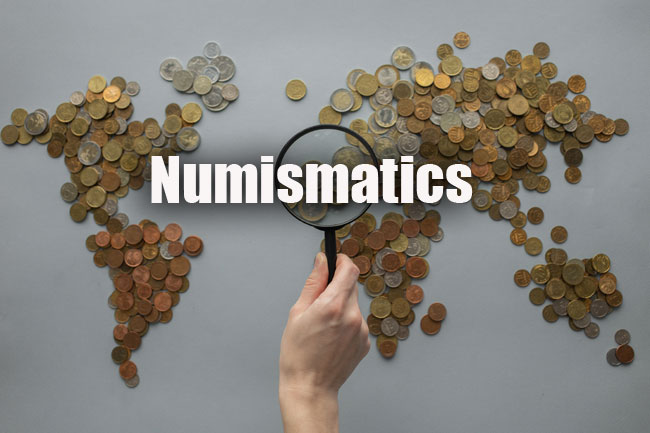 3. Who among the following Delhi Sultans first inscribed the name of mint on this coins?
(1) Balban
(2) Iltutmish
(3) Muhammad Bin Tughlaqg
(4) Firozshah Tughlaq

9. In the Mughal period the coins newly issued in the time of a reigning Emperor were known as :
(1) Peet Sikka
(2) Chalam Sikka
(3) Kora Sikka
(4) Khazana Sikka

12. During the Mughal period the officer who examined the purity of the coins was known as :
(1) Tahavildar
(2) Sarraf
(3) Daroga
(4) Mushrif

17. Who among the following Mughal emperors forbade the use of ‘Kalma’ on his coins?
(1) Aurangzeb
(2) Muhammad Shah
(3) Bahadur Shah
(4) Farrukhsiyar

18. Who among the following foreign travellers has given a detailed description of the currency system prevalent in Vijay Nagar Kingdom?
(1) Domingos Paes
(2) Abdur Razak
(3) Nicolo Conti
(4) Barbosa

20. Who among the following was a regular officer working in a mint in the Mughal period?
(1) Amin
(2) Amailguzar
(3) Karkun
(4) Bitikchi

25. In which of the following Rajput states the ‘Jharshahi’ coins were prevalent?
(1) Jodhpur state
(2) Jaipur state
(3) Bikaner state
(4) Mewar state

28. In which of the following Rajput states ‘Phadiya’ coin was in use?
(1) Jodhpur state
(2) Mewar state
(3) Bundi state
(4) Dungarpur state

30. The rates of exchange of currencies were determined by which of the following factors :
(1) The demand and supply of bullion in a given market at any point of time
(2) The metallic content of a coin
(3) The enormous expertise of fiscal operators like sarrafs to manipulate the complex money market to their own advantage
(4) All the above three factors

31. “Surat alone remitted eleven lakhs of rupees as mint revenue out of the thirty lakhs of its total revenue.” This statement belonged to which one of the following foreign traveller?
(1) William Hawkins
(2) Tavernier
(3) Bernier
(4) Manucci

33. Which one of the following officers maintained the daily account of a mint in the Mughal empire?
(1) Tahavildar
(2) Mushrif
(3) Sikkachi
(4) Chasnigir

34. Which one of following was not a member of a mint staff during the Mughal period?
(1) Fotedar
(2) Poddar
(3) Mushrif
(4) Tahavildar

35. Which one of the following statements is not correct about the Mughal mint system?
(1) The most remarkable characteristic of the Mughal mint system was free coinage in the empire
(2) The mughal emperors had kept very strict vigilance over the mint administration
(3) They did not pay great attention to the establishment of several mints in the empire
(4) The mughal emperors issued several coins of different metals, weights and names?

37. ‘Reil’ was silver coin which were-imported in India from abroad during the Mughal period from which country they were imported?
(1) Spain
(2) France
(3) England
(4) Germany

39. The mints under the Indian Mughal are distinguished into four categories. Which one of the following category of mints was not part of them?
(1) Regular official mints at the central towns of the Empire
(2) Royal camp. mints also known as muaskar-i-iqbal
(3) Miunts of the Rajput states
(4) Temporary mints issuing coins on the occassion of the occupation of a territory or a conquent

40. Tavernier, a French traveller gives the exchange rates of various small coins such as dam, damri, chhadam, adhela, paisa etc. prevalent in the Mughal period. According to him how many damris were equal to one paisa?
(1) Four
(2) Three
(3) Six
(4) Eight

42. During which one of the following Mughal emperor’s reign the farming system was introduced for the mints?
(1) Farrukhsiyar
(2) Aurangzeb
(3) Bahadur Shah
(4) Shahjahan

43. In the Mughal period the old silver coins which were issued in the reign of former kings were known as :
(1) Peet rupee
(2) Kora sikka
(3) Khazana rupee
(4) Chalani rupee

47. In Mughal period both for administrative and commercial purpose, the basic unit for all cash transactions was :
(1) Rupee
(2) Dam
(3) Tanka
(4) Jital

49. According to Nelson Wright, what was the main cause for introduction of the token currency by Muhammad Bin Tughlaq?
(1) Scarcity of silver
(2) He liked to make new experiments
(3) Conquest of new territories
(4) Financial crisis