About Line Graph in Data Interpretation

Line Graph is another representation of data. It may be consider the another form of Bar Chart. Line graph represents performance over time. Line Chart represents trend, cycle and data against a time period.

Percentage of net profit of two companies over the years 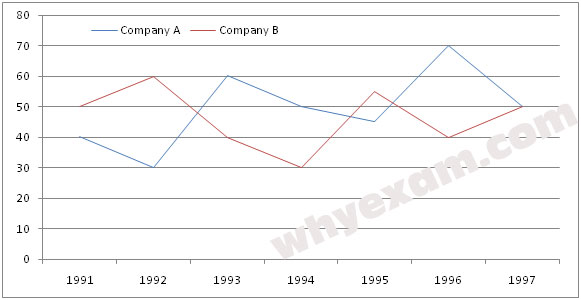 3. In how many given years the percentage of expenditure to the income of Company A was less than fifty?
A. One
B. Two
C. Three
D. Four
E. None of these

Directions (6-10): Study the following graph carefully and answer the questions given below it.

Production of sugar (in thousand tons) by three different sugar factories over the years. 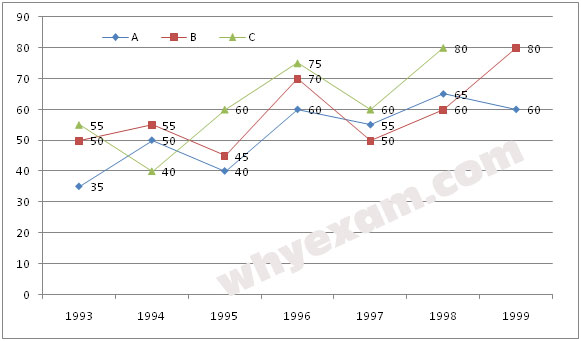 Directions (11-15): Read the graph carefully and answer the questions given below it. 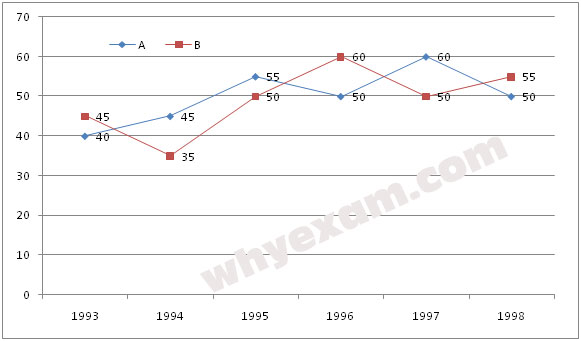 Directions (16-20): Read the graph carefully and answer the questions given below it. 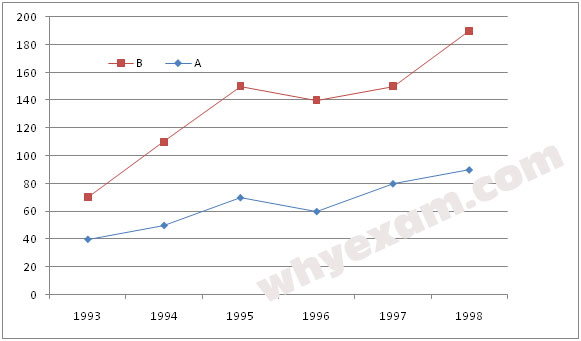 Directions (21-25): Read the graph carefully and answer the questions given below it.

The number of students who joined and left the school in the beginning of year for six years, from 1993 to 1998. 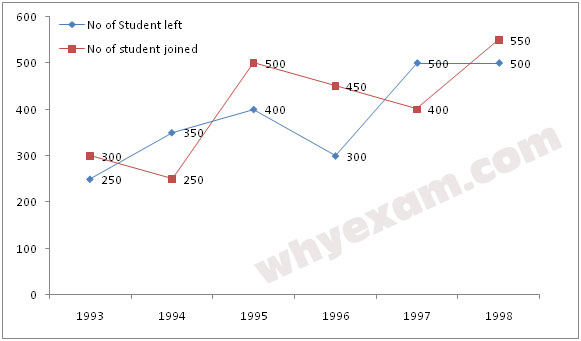 What is an example of a line graph?

Line graph is the organized presentation of data over a time period. Time period may me day, month year etc. For example you can draw a line chat of daily sale of a store for one month period. Here X axis represents day and Y axis represents amount of sale.

How do you interpret a line graph?

What is double line graph?

Double line graph usually used when you compare between two figures. Suppose you want to compare growth of two companies over the last 10 years. Then you need to draw two lies for each company. If you read our example, you will get idea on it.