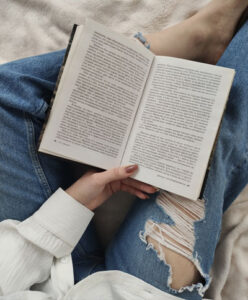 We have provided Logical Reasoning Statement and Conclusions Solved Question Papers to give proper guidance for the aspirants who are preparing for competitive Exam and entrance exam.

6. Statement: An advertisement – Interest rate will be fixed on the basis of our bank’s rate prevailing on the date of deposit and re-fixed every quarter thereafter.
Conclusions:
I. It is left to the depositors to guard their interest.
II. The bank’s interest rates are subject to change on a day-to-day basis depending on market position.

7. Statement: In order to enforce discipline on transport operators, the state government has decided to impose a fine of Rs 5,000 for the first excess tonne loaded in transport vehicle and Rs 1,000 for each subsequent tonne.
Conclusions:
I. People will follow some discipline when severe fine is imposed.
II. The state government has failed to understand the problem of transport operators.

9. Statement: Only those candidates with exceptional talent and strong motivation should apply. – An advertisement.
Conclusions:
I. Candidates not fulfilling these criteria will not be considered.
II. It is possible to decide clearly who is talented and motivated.

10. Statement: Book your flat before 15th June and avail interest-free loan from the builders. – An advertisement.
Conclusions:
I. No at will be booked afterwards.
II. After 15th June no loan will be provided.

11. Statement: Although we have rating agencies like Crisil, ICRA, there is demand to have a separate rating agency of IT companies to protect investors.
Conclusions:
I. Assessment of financial worth of IT Companies calls for separate, set of skills, insight and competencies.
II. Now the investors investing in IT companies will get protection of their investment.

13. Statement: During 1997-98 the total loss incurred by the 111 Public Sector Units was to the tune of Rs. 6809 crore which was converted into paid capitals by the Government of its total investment of Rs. 5129 crore.
Conclusions:
I. The Government is left With only one option, that is, to privatise these units.
II. The Government did not take care in the matter of investments in these public sector units.

18. Statement: People in metropolitan city ‘X’ have welcomed the recent Supreme Court order banning the registration of private vehicles that do not conform to Euro II emission norm is with immediate effect for metropolitan city ‘Y’ only.
Conclusions:
I. City ‘X’ has quite lower level of vehicular pollution than city ‘Y’.
II. Public vehicles do not contribute to the vehicular pollution.

19. Statement: ‘70% of the world’s data is processed on XYZ company’s platforms’ – An advertisement of XYZ – a computer manufacturing company.
Conclusions:
I. There is no other company in the world which produces platforms of data processing.
II. Company XYZ has to make more efforts to market its platforms.

20. Statement: The government of State ‘A’ has sought a waiver of outstanding Central loans of Rs 4,000 crores and a moratorium on repayment pending the waiver.
Conclusions:
I. Unlike other states, State ‘A’ has no desire to make repayment of its loans.
II. State ‘A”s financial condition does not appear to be satisfactory.

22. Statement: Being from a business family, Chandan was apparently convinced by his parents and other family members to join the family trade.
Conclusions:
I. People should take up their family profession so that family prospers.
II. It is necessary to keep family members happy by choosing family’s business.

23. Statement: When I no longer enjoy playing cricket or if I feel I am blocking a youngster’s place, then only I will quit. – Statement of the captain of country Z’s cricket team.
Conclusions:
I. Right now the country ‘Z ’ does not have any promising youngster.
II. One who enjoys the game of cricket, has the right to be captain of the country’s cricket team.

25. Statement: ‘No part of the education of a politician in democracy is more indispensable than the fighting of election. – A politician’s statement.
Conclusions:
I. A politician should be highly educated to influence people and win elections.
II. To succeed in politics, it is necessary to learn and practice the art of electioneering.

26. Statement: The cabinet of state X took certain steps to tackle the milk glut in the state as the cooperatives and Government dairies failed to use the available milk. – A news report
Conclusions:
I. The milk production of state X is more than its need.
II. The Government and co-operative dairies in State ‘X’ are not equipped in terms of resources and technology to handle such excess milk.

27. Statement: My first and foremost task is to beautify this city. If city ‘X’ and ‘Y’ can do it why can’t we do it? – Statement of Municipal Commissioner of city ‘Z’ after taking over charge.
Conclusions:
I. The people of city ‘Z’ are not aware about the present state of ugliness of their city.
II. The present Commissioner has worked in city ‘X’ and ‘Y’ and has good experience of beautifying cities.