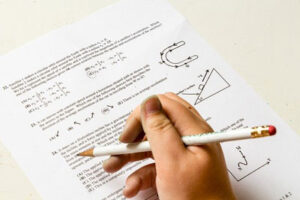 We have provided Logical Reasoning Statement and Course of Action Solved Question Papers to give proper guidance for the aspirants who are preparing for competitive Exam and entrance exam.

Sample Questions on Statement and Course of Action

3. Statement: The car dealer found that there was a tremendous response for the new XYZ’s car-booking with long queues of people complaining about the duration of business hours and arrangements.
Courses of action:
I. People should make their arrangement of lunch and snacks while going for car XYZ’s booking and be ready to spend several hours.
II. Arrangement should be made for more booking desks and increase business hours to serve more people in less time.

5. Statement: The ‘M’ state government has decided henceforth to award the road construction contracts through open tenders only.
Courses of action:
I. The ‘M’ state will not be able to get the work done swiftly as it will have to go through tender and other procedures.
II. Henceforth the quality of roads constructed may be far better.

6. Statement: The Kharif crops have been affected by the insects for three consecutive years in the district and the farmers harvested less than fifty per cent of produce during these years.
Courses of action:
I. The farmers should seek measure to control the attack of insects to protect their crops next year.
II. The Government should increase the support price of Kharif crops considerably to protect the economic interests of farmers.

7. Statement: There was water logging in the major part of the city due to heavy rain during past few days and the people residing in those areas were forced to shift to other areas.
Courses of action:
I. The Government should arrange food and shelter for the displaced people.
II. The fire brigade should be put on high alert to cope with the situation.

11. Statement: Three persons were caught with huge arms and ammunition in the city.
Courses of action:
I. The police should be instructed for night-patrolling.
II. The three persons should be set free and their movements should be carefully watched to nab the other criminals.

12. Statement: There is a considerable increase in the number of persons affected by water-borne diseases during monsoon period.
Courses of action:
I. The Government should disseminate adequate information regarding pure drinking water to the people.
II. All the hospitals in the city should be equipped properly for the treatment of patients during monsoon period.

13. Statement: At least l5 people were killed and many others injured when a bus fell into a river near a bridge.
Courses of action:
I. The protection walls of the bridge should be made strong enough to avoid such accidents.
II. The bus driver should be arrested immediately to make necessary inquiry.

16. Statements: There has been a significant drop in the water level of all the lakes supplying water to the city.
Courses of action:
I. The water supply authority should impose a partial cut in supply to tackle the situation.
II. The government should appeal to all the residents through mass media for minimal use of water.

17. Statement: A very large number of students have failed in the final high school examination due to faulty questions in one of the subjects.
Courses of action:
I. All the students who have failed in that subject should be allowed to take supplementary examination.
II. All those who are responsible for the error should be suspended and an enquiry should be initiated to find out the facts.

18. Statement: The prices of food grains and vegetables have substantially increased due to a prolonged strike call given by the truck owners’ association.
Courses of action:
I. The government should immediately make alternative arrangement to ensure adequate supply of food grains and vegetables in the market.
II. The government should take steps to cancel the licenses of all the vehicles belonging to the association.

19. Statement: A large number of people visiting India from country ‘X’ have been tested positive for carrying viruses of a killer disease.
Courses of action:
I. The government of India should immediately put a complete ban on people coming to India from country ‘X’ including those Indians who are settled in country ‘X’.
II. The government of India should immediately set up detection centres at all its airports and seaports to identify and quarantine those who are tested positive.

20. Statement: There has been an unprecedented increase in the number of requests for berths in most of the long distance trains during the current holiday seasons.
Courses of action:
I. The railways authority should immediately increase the capacity in each of these trains by attaching additional coaches.
II. The people seeking accommodation should be advised to make their travel plan after the holiday.

Directions: In each question below is given a statement followed by three courses of action numbered I, II and III. A course of action is a step or administrative decision to be taken for improvement, follow-up or further action in regard to the problem, policy, etc. On the basis of the information given in the statement, you have to assume everything in the statement to be true, then decide which of the suggested courses of action logically follow(s) for pursuing.

1. Statement: Employees of all the government organization and public sector undertakings in the country went on a day’s strike protesting against the process of privatisation of government run public sector undertakings which has resulted into loss to exchequer worth crores of rupees.
Courses of action:
I. All those employees who remained absent from work should be suspended.
II. The government should put on hold the process of privatisation of government-run public sector under takings.
III. The government should declare complete ban on striking work by employees in all organisations in the country.
1) Only l follows
2) Only III follows
3) Only II follows
4) Only II and III follow
5) None of these

2. Statement: The prices of crude oil in the international market have increased substantially in the recent past and are likely to increase further in near future due to closure of refineries in the United States.
Courses of action:
I. The government should allow the petroleum companies to fix the retail price as per the crude oil price in the international market.
II. The government should absorb part of the increase in crude oil price by proportionately reducing tax burden on the retail price in the domestic market.
III. The government should privatise the petroleum companies to get out of the tricky market situation.
1) Only either I or III follow
2) Only either II or III follow
3) Only either I or II follow
4) Only I and III follow
5) None of these

3. Statement: Most of the roads in the city have become unmotorable due to the rains in the monsoon.
Course of action:
I. The civic authority should initiate an enquiry to find out the factors responsible for worsening of road condition.
II. The civic authority should initiate disciplinary action against the officials responsible for maintaining good condition of the city roads.
III. All those contractors who were entrusted the maintenance work of these roads should be blacklisted.
1) Only I follows
2) Only l and II follow
3) Only III follows
4) Only I and III follow
5) None of these

4. Statement: Many foreign tourists visiting India from African countries have been caught at various airports in India while smuggling banned narcotic substances.
Courses of action:
I. India should stop giving tourist visas to African nationals with immediate effect.
II. The airport authority and the enforcing agencies should be put on high alert to detect all such cases of smuggling.
III. Those foreigners who are caught smuggling banned narcotic substances should be given life term jail sentence to send a strong message to the criminals.
1) Only I follows
2) Only I and III follow
3) Only III follows
4) Only II and III follow
5) All follow

5. Statement: There is an alarming decrease in the number of females per thousand males in many states in the country as reported in the recently held census.
Courses of action:
I. The Govt should conduct another census to ascertain seriousness of the situation.
II. The Govt should make an all-out effort to nab all such people who are responsible for female foeticide.
III. The Govt should start a campaign in the most affected states to highlight the importance of having girl child in the family.
1) Only I follows
2) Only II follows
3) Only III follows
4) Only II and III follow
5) None of these

6. Statement: The chairman of the car company announced in the meeting that all trial of its first product the new car model ‘M ’ are over and company plans to launch its car in the marked after six months.
Courses of action:
I. The network of dealers is to be finalized and all legal financial and other matters in this connection will have to be ﬁnalised shortly.
II. The company will have to make plan for product other than car.
III. Material, managerial and other resources will have to be in fine tune to maintain production schedule.
1) I and III only
2) Only I
3) All the three
4) Only II
5) None of these

8. Statement: Residents from Model Colony coming under North Ward of City ‘X’ have complained to the Ward Officer that for last three days the tap water in the ward is contaminated and no action is being initiated by the municipal staff.
Courses of action:
I. The Ward Officer of North Ward should initiate action against residents who have lodged complaints against municipal staff.
II. The Ward Officer should ask his junior officer to visit Model Colony to asses the actual condition of Water with his staff and to get samples of water tested from laboratories.
III. The Ward Officer should ask Ward Engineer to check water installation and pipelines in the Model Colony area.
1) Only I and II
2) Only II and III
3) Only either I or III and II
4) Only I and III
5) None of these

9. Statement: The Deputy Mayor of city ‘Z’ has proposed to install a plant of mineral Water and to supply citizens mineral water bottles at Rs 6 per litre as against Rs 10 per litre being sold by local private companies.
Courses of action:
I. The local private companies of city ‘Zr’ will have to close their operation.
II. The Corporation of city Z will have to provide for losses in this project in its budget.
III. The tap water scheme of city Z will have to be stopped.
1) None of these
2) Only I and III
3) Only I and II
4) Only II & III
5) All the three

10. Statement: The Management of School ‘M’ has decided to give free breakfast from next academic year to all the students in its primary section through its canteen even though they will not get any government grant.
Courses of action:
I. The school will have to admit many poor students who will seek admission for the next academic year.
II. The canteen facilities and utensils will have to be checked and new purchases to be made to equip it properly.
III. Funds will have to be raised to support the scheme for years to come.
1) Only either I or II
2) Only II and III
3) Only I
4) None of these
5) All the three