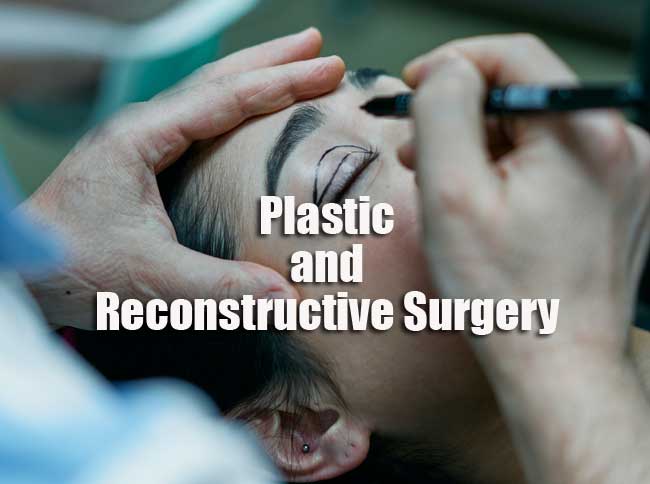 MCQ on Plastic and Reconstructive Surgery

2. An eyelid defect of less than 25% of the cyelid can be corrected by
(1) lateral canthotomy and primary closure
(2) Mustarde technique
(3) Forehead flap
(4) Tenzel flap

7. An indication for use of non- vascularised method of mandibular reconstruction Is :
(1) Mandibular fracture non-union
(2) Large defects
(3) Composite defects of bone and soft tissue
(4) Defects of mandible with scarring

8. The platysma flap for coverage of the lower face is based on
(1) superior thyroid artery
(2) submental artery
(3) transverse cervical artery
(4) occipital artery

15. The incisive foramen, a key anatomic landmark used in classification of clefts, that is commonly followed was described by :
(1) Veau
(2) Kernahan
(3) Oborne
(4) Pohlmann

18. The ‘whistle’ deformity, a secondary deformity of cleft lip and palate repair refers to which one of the following :
(1) Nose
(2) Whistle shaped scar on the lip
(3) Vermilion
(4) Buccal mucosa

19. A simple ridge of mucosa created on the back of the pharynx of cleft patients to try and reduce nasal escape is called after whom ?
(1) Pigott
(2) Hynes
(3) Passavant
(4) Orticochea

20. Classifications, scoring systems and syndromes that are relevant to cleft lip and palate and its management include all except
(1) GOSPAS scale
(2) Kernahan’s classification
(3) CATCH-22 syndrome
(4) Kubitza’s scale

25. The first to advocate including of palatal periosteum in flaps used for cleft palate repair was
(1) Von Langenbeck
(2) Dieffenbach
(3) Hulke
(4) Fergusson

28. All are true regarding submucous cleft palate except
(1) Bifid uvula
(2) Notching of hard palate
(3) Muscular diastasis of the soft palate with intact mucosa
(4) Pterygoid Hamulus is absent

33. In relation to presurgical orthopaedics in context of cleft lip and palate :
(1) can be undertaken simply by use of an obturator
(2) its use is universal in severe deformities
(3) dynamic devices are often fixed to the mandible
(4) despite their benefits, they can make subsequent cleft repair more difficult

36. A patient with an isolated chest wall defect 4 cm in diameter involving two ribs with adequate soft tissue is treated appropriately by
(1) Nylon or polypropylene mesh only
(2) Any mesh with a methyl methacrylate sandwich
(3) Methyl methacrylate alone
(4) No chest wall reconstruction is needed

38. In the process of breast implant selection, the following are important except
(1) soft tissue quality
(2) implant volume
(3) Bra and cup size
(4) Implant shape and type

41. In which one of the following mastectomies, both the pectoralis major and minor are removed ?
(1) Simple mastectomy
(2) Subcutaneous mastectomy
(3) Halsted mastectomy
(4) Modified radical mastectomy

42. Which of the following is not an advantage of immediate breast reconstruction after skin sparing mastectomy ?
(1) Improved cosmesis
(2) Improved oncologic outcome
(3) Psychologically beneficial
(4) Smaller scarring

44. Pectus carinatum is characterised by which of the following :
(1) Defect in the sternum
(2) Depression of the sternum
(3) Abnormal growth of the cartilage at the costochondral junction
(4) Manubrium is spared in this deformity

45. Which of the following is not true of anatomical implants ?
(1) Indicated in patients with minimal soft tissue coverage
(2) They may have higher rate of rotation
(3) They may affect the early diagnosis of breast cancer
(4) They can provide better aesthetic outcome