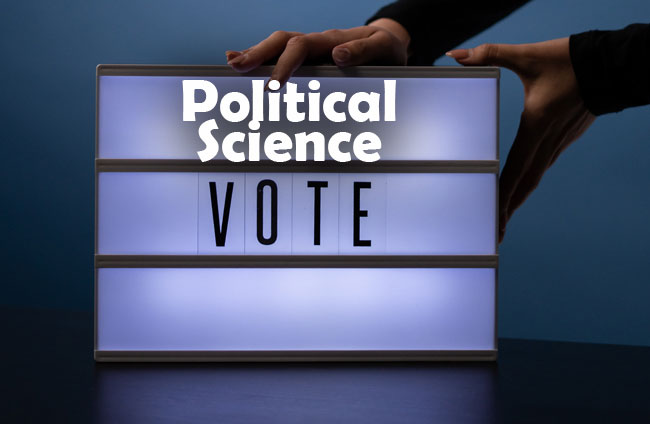 1. Give the correct answer by using the codes given below:
Assertion (A): Most liberal democracies respect the principle of equal liberty – at least in the context of political, legal and social rights of all citizens.
Reason (R): However, the doctrine of equal liberty is bedevilled by problems about how freedom is defined.
Codes:
(A) Both (A) and (R) are true and (R) is the correct explanation of (A)
(B) Both (A) and (R) are true but (R) is not the correct explanation of (A)
(C) (A) is true but (R) is false
(D) (A) is false but (R) is true

3. ‘Liberalism’ as a developed ideology was a product of:
(A) Breakdown of feudalism
(B) Weakened monarchy
(C) Weakened Church
(D) Growing industrialization

4. Which one of the following ideologies is premised on the belief that established features of society have crumbled and its political doctrines have become irrelevant?
(A) Modernism
(B) Postmodernism
(C) Marxism
(D) Foundationalism

5. Which one of the following is a central feature of liberal feminism?
(A) Sisterhood
(B) The personal is political
(C) Transforming private realm
(D) Access to private realm

6. Who have found three-dimensional conception of power particularly attractive?
(A) Fascists
(B) Conservatives
(C) Marxists and postmodernists
(D) Liberals

7. Who among the following has offered a three-dimensional conceptions of power?
(A) Brian Barry
(B) Peter Bachrach and M.S. Baraty
(C) J. Gaventa
(D) Steven Lukes

8. In which type of democracy, the people are considered as an end and state as the means?
(A) Liberal
(B) Pluralist
(C) Elitist
(D) Socialist

9. Who is known as the father of liberal political philosophy?
(A) Thomas Hobbes
(B) James Bodin
(C) John Locke
(D) Rousseau

10. According to Marx, the class distinctions in society are based on:
(A) Religion
(B) Hostile interests
(C) Family status
(D) Social status

11. Rawls concept of justice is based on ………………………. .
(A) Distributive principle
(B) Agreement principle
(C) Difference principle
(D) Joint method principle

12. Who from among the following believed that ‘negative liberty is superior to positive liberty?
(A) J. S. Mill
(B) Isaiah Berlin
(C) T. H. Green
(D) Ernest Barker

14. Which philosopher believes the state of nature was a ‘‘War of all against all’?
(A) Rousseau
(B) Locke
(C) Rawls
(D) Hobbes

15. The idea of two concepts of liberty was putforth by:
(A) John Stuart Mill
(B) Isaiah Berlin
(C) Harold Laski
(D) John Locke

16. The concept of ‘forced to be free’ was first enunciated by:
(A) Thomas Hobbes
(B) John Locke
(C) Jean Jacques Rousseau
(D) Georg W. F. Hegel

17. What is Mill’s main objection to the silencing, or suppression, of an opinion?
(A) The opinion might be true
(B) There is a high probability that the opinion is true
(C) The person whose opinion is suppressed is harmed
(D) A competition of opinion is good for humanity

18. What is Rawls’ original position?
(A) A primitive cultural condition
(B) An experimental set-up used by psychologists
(C) A historical event at which people agreed to form a state
(D) A hypothetical situation–a thought-experiment

28. According to World system theory, what is the relationship between core and periphery?
(A) Exploiter and Exploited
(B) Rulers and Ruled
(C) State and Citizens
(D) Imperialists and colony

30. Which among the following is not mentioned in the five stages of growth mentioned by W. Rostow?
(A) Traditional Society
(B) Take-off state
(C) High mass consumption
(D) Technological advancement

33. Which among the following can be subject matter according to Institutional approach to comparative political analysis?
(A) British Parliament and Indian Parliament
(B) Indian and Swiss Constitution
(C) American and Canadian Political culture
(D) Democratic and Totalitarian leadership

34. Which of the following statement/s is/are not correct description of ‘Theory of Peace’?
(i) It shifts the focus of international relations away from the interstate level of analysis
(ii) It leads to a broad conception of social relations at individual, domestic and global levels of analysis
(iii) It seeks to deconstruct the narratives of states, international systems and other actors in international politics
(iv) It connects study of war and peace with economic inequality, with gender relations, with cross-cultural understanding
Codes:
(A) Only (iii)
(B) (ii) and (iv)
(C) Only (ii)
(D) (i), (iii) and (iv)

39. Buffer state refers to:
(A) A state situated in the middle of an island
(B) A state located between two powerful enemies, which acts as a cushion in case of escalating tension
(C) A state which is bound by a treaty to act as a close ally of a powerful country
(D) A state strategically located on a mountain, giving it an upper hand during war

41. Which of the following is not a non-traditional security threat?
(A) Arms Race
(B) Melting of ice caps on mountains
(C) Starvation and malnutrition
(D) Trafficking of humans

43. Which of the following is not an instrument of peaceful resolution of disputes?
(A) Mediation
(B) Sanctions
(C) Adjudication
(D) Good offices

47. During which of the following years did India NOT borrow loan from the International Monetary Fund?
(A) 1961 – during Second Five Year Plan
(B) 1981 – after the return of Mrs. Gandhi to Power
(C) 1991 – by pledging the national gold reserves
(D) 2007 – during the worldwide financial crisis

50. Which of the following are the elements of the Gujral Doctrine? Answer using the key given below:
(a) Principle of non-reciprocity
(b) Peaceful resolution of bilateral disputes
(c) Non-use of nuclear weapons against South Asian neighbours
(d) Promoting trade within South Asia
Key:
(A) (a) and (c)
(B) (b) and (d)
(C) (a) and (d)
(D) (a) and (b)