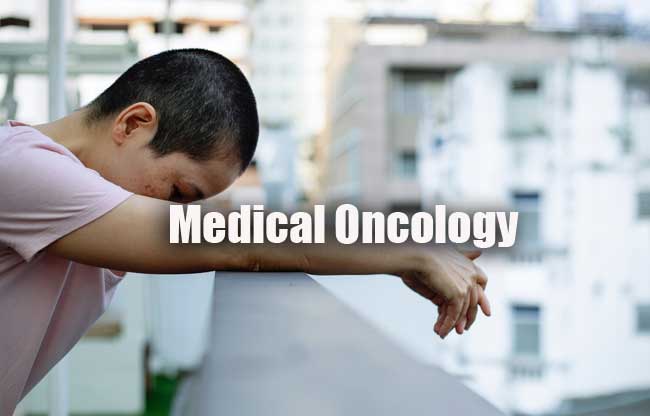 1. Which of the following is CORRECT regarding hemorrhagic cystitis ”?
(1) Bladder protection with mesna is required for all patients receiving cyclophosphamide
(2) Hemorrhagic cystitis is caused by indirect damage to the bladder wall by either cyclophosphamide or ifosfamide
(3) Mesna works by providing a free sulfhydryl group that binds to toxic metabolites
(4) Mesna should be given in divided doses to total 100% of the total alkylating agent dose

5. Which of the following statements regarding anti-angiogenesis agents is CORRECT?
(1) Lenalidomide was the first angiogenesis inhibitor approved by the FDA for cancer treatment.
(2) Vorinostat, celecoxib, and bortezomib may all be referred to as exclusive angiogenesis inhibitors.
(3) Proangiogenic factors include endostatin, angiostatin, and thrombospondin.
(4) Resistance to vascular endothelial growth factor inhibitors has been seen secondary to increased expression of proangiogenic factors

7. Which of the following is an approach to cancer immunotherapy?
(1) Passive transfer of activated immune cells with antitumor activity
(2) Active immunization to enhance antitumor reactions
(3) Nonspecific stunulation of immune reactions
(4) All of the above

8. Which of the following is an example of an immunotherapy that works by nonspecific stimulation of immune reactions, and in which disease has it shown to be effective?
(1) Cancer vaccine in hepatocellular carcinoma
(2) Adoptive immunotherapy in lung cancer
(3) IL-2 in melanoma
(4) Anti-CTLA4 in pancreatic cancer

12. Which of the following drug acts on a targeted mutation?
(1) Docetaxel
(2) Navelbine
(3) Erlotinib
(4) Pemetrexed

13. Which of the following drug is an antimetabolite chemotherapeutic agent?
(1) Gemcitabine
(2) Temozolomide
(3) Mitoxantrone
(4) Bevacizumab

18. Which of the following ts TRUE concerning p53?
(1) It is a targetable mutation for therapy
(2) It is a potent inducer of apoptosis.
(3) It causes S-phase arrest in the cell cycle.
(4) It can decrease the activity of cytotoxic chemotherapy

20. Which of the following is TRUE regarding the use of time to progression as an end point in clinical trials?
(1) Uses a smaller sample size when compared with using overall survival as an end point.
(2) Not confounded by subsequent therapies.
(3) The study can be completed in a shorter amount of time.
(4) All of the above

21. Which of the following is TRUE concerning a clinical trial?
(1) The sample size of a clinical trial is fixed and determined before the trial begins.
(2) Clinical trials are prospectively planned experiments involving only animals.
(3) Using tumor registry data to compare the survival rates of prostate cancer patients treated with surgery to those of patients who received radiotherapy is an example of clinical trial.
(4) Clinical trials test a clearly stated hypothesis using a predefined analysis plan

22. Phase I trials of cytotoxic agents are designed to determine a dose that is appropriate for use in phase II trials. Which of the following statements is TRUE about phase-l trials?
(1) Phase I trials involve the first use of a drug, device, or procedure in humans in a new disease setting Or a new’ combination’ of therapies.
(2) Patients for phase I trials are usually not chosen on the basis of their likelihood of having a favorable response to the experimental treatment.
(3) Phase I trials do not require statistical justification because the sample sizes are usually small.
(4) (1) and (2)

23. A drug, device, or other treatment may be considered for phase II testing when:
(1) The maximum tolerable dose is known but there is genuine doubt about efficacy and patients with the condition of interest and a likely favourable outcome can be recruited as study participants.
(2) A standard treatment exists for comparison.
(3) Accrual is rapid enough to allow recruitment of 20 to 30 patients.
(4) An appropriate control group can be recruited at the same time as the experimental group

24. Which of the following best describes Simon phase 2.5 design on molecularly targeted drugs and cancer therapeutic vaccines?
(1) The design compares progression- free survival times of the same patient from the current trial with his/her previous trial.
(2) The design first treats all eligible patients with two to four courses of the experimental drugs. Patients are then evaluated, and the experimental drug is either continued or discontinued, depending on their response to the initial treatment.
(3) The design is similar to a phase III trial except that it allows a relatively large type I (false positive) error and aims to identify a relatively large difference, thus requiring fewer patients.
(4) The design will compare time to progression of patients in the study with a prospectively identified and prognostically comparable historical control

25. Which of the following is TRUE of phase III trials?
(1) The primary end points should be demonstrably related to patient benefit such as tumor shrinkage.
(2) Eligibility criteria) should be limited to a group of patients with certain conditions.
(3) Conditions of treatment should be suited to community patient care.
(4) A quality-of-life measure should be included to measure benefit to patients :

26. Which of the following statements about the epidermal growth factor receptor (EGFR) in head and neck SCC (HNSCC) is TRUE?
(1) Randomized trials demonstrated that oral tyrosine kinase inhibitors (TKI) of EGFR such as erlotinib and monoclonal antibody inhibitors of EGFR such as cetuximab resulted in similar tumor control.
(2) Activating EGFR mutations are frequent in HNSCC.
(3) The EGFR inhibitor cetuximab improved overall survival when added to definitive radiation therapy or to palliative platin based chemotherapy in HNSCC.
(4) High EGFR expression is associated with sensitivity to radiation therapy

27. Which of the following characteristics are typical features of human papilloma virus (HPV)-related HNSCC?
(1) Most patients have limited or no smoking history and most have primary tumors that involve the oropharynx (base of tongue or palatine tonsils).
(2) Survival outcomes are substantially better than in patients with smoking-associated HNSCC.
(3) The role of the HPV in subsites other than the oropharynx is not clear.
(4) All of the above.

28. Which of the following statements is TRUE?
(1) Radical neck dissections should be performed for the management of all locally advanced NSCC.
(2) Complications from neck dissections may include hematoma, seroma, lymphedema, wound infections and dehiscence, carotid artery exposure and rupture, and damage to the VII, X, XI, and XII cranial nerves.
(3) In a surgically treated tumor without radiographic evidence of lymph node metastasis, an elective neck dissection should be performed if the risk of occult metastasis to the neck nodes is greater than 50%.
(4) For patients who have had a neck dissection for HNSCC, there is no benefit from postoperative adjuvant radiation therapy

31. A 40-year-old never-smoker woman was diagnosed with adenocarcinoma of the lung a year ago. Molecular testing of her tumor revealed an exon 19 deletion in EGFR. She was started on erlotinib and had a partial response. However, her most recent scan suggested significant progression in her disease burden with multiple new liver and lungmetastases. Her tumor was rebiopsied. Which of the following alterations is most likely to explain the tumor’s resistance to erlotinib?
(1) L858R
(2) MET amplification
(3) T790M
(4) The biopsy is likely to reveal transdifferentiation to small cell lung cancer (SCLC).

32. Sequencing the lung adenocarcinoma of a 54-year-old man with a 60 pack-year smoking history is likely to reveal which of the following features?
(1) EML4-ALK translocation
(2) Anexcess of C>T transitions
(3) Co-mutation of TP53 and RBI
(4) Anexcess of G>T transversions

33. A 55-year-old man with a 30 pack-year history of smoking, presents to the emergency room with shortness of breath. Chest radiograph demonstrates a right upper lobe opacity. Computed tomography (CT) scan reveals a 3.5-cm spiculated mass in the peripheral right upper lobe, which is suspicious for malignancy, without any hilar or mediastinal lymphadenopathy. What is the next best step in management?
(1) Bronchoscopy and biopsy of the mass
(2) CT-guided biopsy of the mass
(3) Brain MRI
(4) Refer to thoracic surgeon for resection.

34. A 65-year-old man with a 40 pack-year history of smoking, presents to the emergency room with shortness of breath. Chest radiograph demonstrates a left lower lobe mass and left pleural effusion. CT reveals a 3-cm left lower lobe mass, left hilar fullness, and a moderate left pleural effusion. Biopsy of the mass and thoracentesis are both positive for adenocarcinoma. Staging studies do not reveal any distant metastases. Which of the following is the next best step in his management?
(1) Referral to a thoracic surgeon
(2) Radiation to the chest
(3) Concurrent chemotherapy and radiation
(4) Platinum-based doublet therapy

37. Which of the following statements is CORRECT regarding pulmonary carcinoid tumors?
(1) Patients usually present with carcinoid syndrome.
(2) Surgery has a curative potential for resectable localized tumors.
(3) Adjuvant chemotherapy is the standard of care following complete surgical resection.
(4) Most pulmonary carcinoids are atypical carcinoids

39. Which of the following immunohistochemistry markers is present in malignant mesotheliomas?
(1) CEA
(2) TTF-1
(3) Moc-31
(4) Calretinin

41. Which of the following statements regarding thymoma is TRUE?
(1) The incidence of thymoma is higher in women than in men.
(2) Thymoma is most commonly seen in people under 30 years old.
(3) The most common site of metastatic spread for thymoma is bone.
(4) Complete surgical resection is the most important predictor of long-term survival for patients with thymoma.