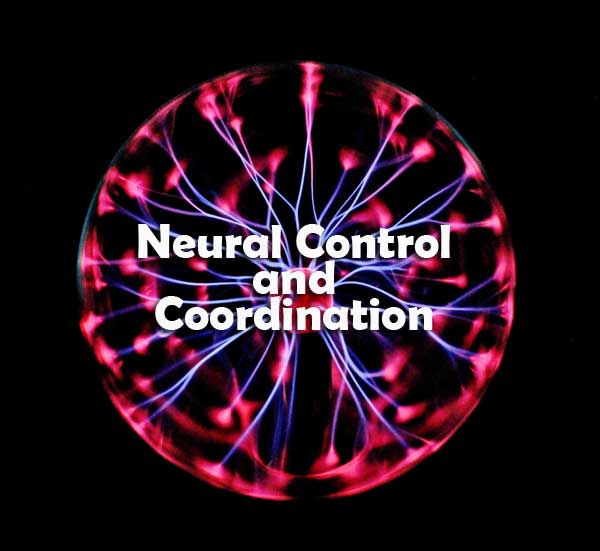 2. The pneumotaxic centre and respiratory rhythm centres are respectively present in—
A. pons and medulla oblongata
B. corpus callosum and pons
C. medulla oblongata and hypothalamus
D. diencephalon and pons

3. The primary neurotransmitter at the neuro muscular junction is-
A. Dopamine
B. Adrenaline
C. Acetylcholine
D. acetaldehyde

5. Which of the following statements is false-
A. Hind brain contains medulla, pons and cerebellum
B. Thalamus is an important sensory relay structure.
C. Cerebral cortex in humans is folded into convolutions
D. Hypothalamus has an important role in recognising and experiencing.
6. A-Nerve fibre can become excited through touch, smell, pressure and chemical changes and there is a change in polarity
R – It is called active potential-
A. A and R both are correct and A is correct explanation
B. A is correct and R is wrong
C. A and R both are correct but A is not correct explanation of R
D. A is wrong and R is correct

9. Injury localised to hypothalamus would most likely disrupt—
A. coordination during locomotion
B. executive functions, such as decision making
C. regulation of body temperature
D. short term memory

10. Which one of the following statements is not correct?
A. Retinal is the light absorbing portion of visual photopigments.
B. In retina the rods have the photopigment rhodopsin while cones have three different photopigments.
C. Retinal is a derivative of vitamin C.
D. Rhodopsin is the purplish red protein present in rods only.

12. Which excitatory neurotransmitter is involved in the transmission of impulse at the neuro-muscular junction?
A. Epinephrine
B. Serotonin
C. Acetylcholine
D. Glycine

14. Which is wrong regarding conduction of nerve impulse.
A. In a resting neuron, the axonal membrane is more permeable to K+ ions and nearly impermeable to Na+ ions.
B. Fluid outside the axon has a high concentration of Na+ and low concentration of K+, in a resting neuron
C. Ionic gradients are maintained by Na-K pumps across the resting membrane which transports 3 Na+ ions outwards for 2K+ ions into the cell.
D. A neuron is polarised only when the outer surface of axonal membrane possesses a negative charge and inner surface is positively charged.

16. in EEG, the waves which are low in frequency but with high amplitude are-
A. Theta waves
B. Delta waves
C. Beta waves
D. Alpha waves

20. In which part of neuron Nissel’s granules are present—
A. cell body
B. dendrites
C. axon
D. both A and B

21. The myelin sheath around the axon is produced by which type neuroglial cells?
A. Satellite glial cells
B. Radial glial cells
C. Dendrocytes
D. Schwann cells

24. Which one of the following ions is required for nerve impulse transmission at the neuromuscular junction?
A. Magnesium
B. Chloride
C. Calcium
D. iron

25. The following response to pressure-
A. Meissner’s corpuscle
B. Pacinian corpuscle
C. Bulbs of Krause
D. Organ of Ruffini

27. Choose the correct statement—
A. Nonmyelinated nerve fibres are found in spinal and cranial nerves
B. Retina has multipolar neurons
C. Electrical synapses are commonly present in humans.
D. Impulse transmission across an electrical synapse is faster than across a chemical synapse.

31. Choose the correct statement. –
A. Nociceptors respond to changes in pressure.
B. Meissner’s corpuscles are thermoreceptors.
C. Photoreceptors in the human eye are depolarised during darkness and become hyperpolarised in response to the light stimulus.
D. Receptors do not produce graded potentials.

34. Large, number of process that project from the apical part of each hair cell of the organ of Corti is called—
A. otolith organ
B. stereo cilia
C. crista ampullaris
D. utricle

36. Choose the wrong statement regarding human ear.
A. The stapes is attached to they tympanic membrane.
B. The Eustachian tube connects the middle ear cavity with the pharynx.
C. The space within the cochlea called scala media is filled with endolymph.
D. Membranous labyrinth is filled with a fluid called endolymph.

39. Which one of the following acts solely as an inhibitory neurotransmitter?
A. Norepinephrine
B. Gamma (y) amino butyric acid
C. Acetylcholine
D. Dopamine

41. The bundle of axons in the central nervous system is known as-
A. Nerve
B. Ganglion
C. Tract
D. Neuron

45. Which is not present in temporal lobe—
A. auditory area
B. olfactory area
C. broca’s area
D. wernicke‘s area

46. In human hindbrian comprises three parts, one of which is—
A. spinal cord
B. corpus callosum
C. cerebellum
D. hypothalamus

47. Which part of the human ear plays role in hearing as such but is otherwise very much required?
A. eustachian tube
B. organ of Corti
C. vestibular apparatus
D. ear ossicles

50. Given below are assertion and reason. Point out.
Assertion : Myelin sheath insulates nerve fibre and prevents its depolarisation.
Reason : Nerve impulses are conduced more rapidly in non-myelinated fibres than myelinated ones.
A. both are true with reason being correct explanation.
B. both are true but reason is not correct explanation.
C. assertion is true but reason is wrong.
D. both are wrong.