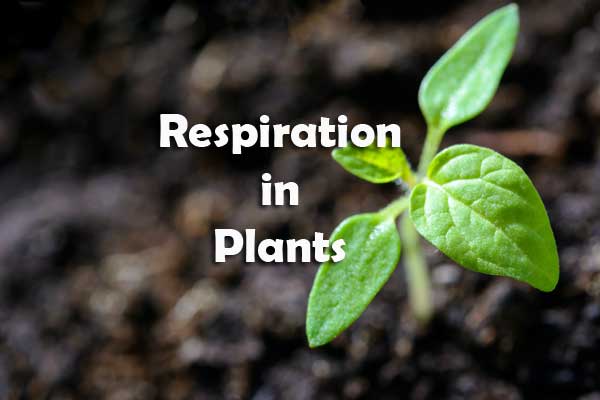 1. Which statement is wrong for Krebs’ cycle?
A. There are three points in the cycle where NAD+ is reduced to NADH + H+
B. There is one point in the cycle where FAD+ is reduced to FADH2
C. During conversion of succinyl CoA to succinic acid, a molecule of GTP is synthesised
D. The cycle starts with condensation of acetyl group (acetyl COA) with pyruvic acid to yield citric acid.

3. Which of the following biomolecules is common to respiration-mediated breakdown of fats, carbohydrates and proteins?
A. Acetyl CoA
B. Pyruvic acid
C. Fructose 1, 6-bisphosphate
D. Glucose-6-phosphate

5. The respiratory quotient value of 0.7 is obtained for—
A. Proteins
B. Glucose
C. tripalmitin
D. organic acids

6. In which one of the following steps of citric acid cycle, FAD+ is reduced to FADH2?
A. Pyruvate —> Acetyl coenzyme A
B. Succinic acid —> Malic acid
C. Malic acid -> Oxaloacetic acid
D. α-Ketoglutaric acid —> Succinic acid

7. Which enzyme helps in transfer of phosphate group from ATP to a carbohydrate?
A. ATPase
B. Phosphatase
C. Catalase
D. Phosphorylase

11. Choose the correct statement.
A. Oxygen is vital in respiration for removal of hydrogen
B. Pyruvate is formed in the mitochondrial matrix
C. There is complete breakdown of glucose in fermentation
D. During the conversion of succinyl CoA to succinic acid a molecule of ATP is synthesised

14. Conversion of pyruvic acid into ethyl alcohol is facilitated by the enzymes—
A. Carboxylase
B. Phosphatase
C. Dehydrogenase
D. decarboxylase and dehydrogenase

18. During anaerobic respiration, the conversion of pyruvate into acetaldehyde along with TPP, the cofactor is-—
A. Mg2+
B. Mn2+
C. Fe2+
D. Zn2+

25. How many ATPs are produced when one molecule of FADH2 is oxidized to FAD through electron transport system?
A. 2
B. 3
C. 1
D. 4

29. In respiration, more than one R.Q. value results from the use of-
A. Glucose
B. Sucrose
C. fat
D. organic acid

31. In lactic acid fermentation, the number of ATP formed by the oxidation of NADH is—
A. Eight
B. Six
C. Three
D. nil

32. A small protein attached to the outer surface of the inner membrane and which acts as a mobile carrier for transfer of electrons between complex III and IV is—
A. cytochrome d
B. cytochrome c
C. cytochrome b
D. cytochrome a

37. Identify the correct pair of statements-
I. Niacin containing coenzymes facilitates the oxidation of malate in the matrix of mitochondria
II. Heam is the prosthetic group for the enzyme which catalyses the carboxylafion of RuBP in the stroma of chloroplast.
III. The electron carrier between cyt c-oxidase and cyt-c-reductase is attached to inner membrane of mitochondria
IV. Water splitting reaction in the lumen of thylakoid requires chlorine
A. l, II
B. I, IV
C. II, III
D. III, IV

39. Pyruvic acid, the key product of gIycolysis can have many metabolic fates. Under aerobic condition it forms-
A. lactic acid
B. CO2+ H2O
C. acetyl CoA + CO2
D. ethanol + CO2

41. Which stage of aerobic respiration take place in matrix of mitochondria—
(i) Oxidative decarboxylation of pyruvic acid
(ii) Glycolysis
(iii) Krebs‘ cycle
(iv) Oxidative phosphorylation
A. (i) and (ii) only
B. (ii) and (m) only
C. (iii) and (iv) only
D. (i) and (iii) only

43. Acetyl coenzyme A can be formed through the process of—
A. Glycolysis
B. β-oxidation of fatty acids
C. deamination of amino acids
D. all of the above

44. Which one is amphibolic—
A. Glycolysis
B. ETC
C. Gluconeogenesis
D. Krebs cycle

45. What is respiratory quotient during germination of fatty seeds—
A. Unity
B. Less than unity
C. More than unity
D. Zero

46. Identify correct pair of statements—
(i) Attraction between two molecules of water present in xylem channel is adhesion
(ii) Number of O2 molecules absorbed is more than number of CO2 molecules released when triolein is respiratory substrate
(iii) Bacillus mycoides is nitrifying bacteria
(iv) Continuous system of cell walls and intercellular space in plant tissues is called apoplast
A. (ii) and (iii)
B. (iii) and (iv)
C. (ii) and (iv)
D. (i) and (iv)