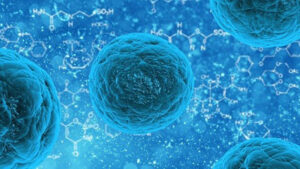 Aspirants who are looking for Cell Cycle and Cell Division Papers can find in the ppt table below.

4. When cell has stalled DNA replication fork, which checkpoint should be predominantly ctivated?
A. G2/M
B. G1/S
C. Both G2/M and M
D. M

5. In meiosis crossing over is initiated at
A. Zygotene
B. Diplotene
C. Pachytene
D. Leptotene

6. Which of the following is not a characteristic feature during mitosis in somatic cells?
A. Chromosome movement
B. Synapsis
C. Spindle fibres
D. Disappearance of nucleolu

8. Which of the following phases correspond to the interval between mitosis and initiation of DNA replication?
A. S phase
B. G phase
C. G2 phase
D. M phase

10. Arrange the following events of meiosis in correct sequence-
(i) Crossing over
(ii) Synapsis
(iii) Terminalisation of chiasmata
(iv) Disappearance of nucleolus

13. Which one of the following is the significance of mitosis?
A. Restricted to haploid cells
B. Cell repair
C. Increases the genetic variability
D. Recombination of chromosomes

14. Find out the correct statement-
A. During mitosis endoplasmic reticulum and nucleolus disappear completely at early prophase
B. Chromosomes are arranged along the equator during prophase of mitosis
C. Chromosome is made up of two sister chromatids at anaphase of mitosis
D. Small disc shaped structures at the surface of the centromeres that appear during metaphase are kinetochores

15. In a typical eukaryotic cell cycle, Gap 1, Synthesis and Gap 2 are the three phases included in the-
A. Prophase
B. metaphase
C. anaphase
D. interphase

16. An example of mitogen is
A. cytokinin
B. glucose
C. glycerol
D. fructose

18. The stage between two meiotic divisions is called as ________
A. Diakinesis
B. Interkinesis
C. diplotene
D. interphase

19. Chromosomes start pairing in which stage of meiosis?
A. Leptotene
B. Zygotene
C. Pachytene
D. Diplotene

20. During meiosis I, the number of chromosomes is-
A. Halved
B. Tripled
C. Doubled
D. Quadrupled

21. Some cells in adult animals do not divide. They exit G, phase and enter an inactive stage which is called as
A. G2 phase
B. G0 phase
C. S phase
D. M phase

24. Which is the longest phase of the cell cycle?
A. M-phase
B. Leptotene
C. Interphase
D. S-phase

27. The enzyme recombinase is required at which stage of meiosis?
A. Pachytene
B. Diplotene
C. Zygotene
D. Diakinesis

33. The complex formed by a pair of synapsed homologous chromosomes is called
A. Bivalent
B. equatorial plate
C. Kinetocnore
D. axoneme

35. Which of the following events takes place during anaphase stage of mitosis
I. Spindle fibre attach to Kinetochores of chromosomes
II. Centromeres split and chromatids separate
III. Chromatids move to opposite poles
IV. Nucleolous, Golgi complex and E.R. reform
A. I and II only
B. III and IV only
C. II and III only
D. L and IV only

36. During meiosis I, the chromosomes start pairing at
A. Zygotene
B. Diplotene
C. Pachytene
D. leptotene

37. During the metaphase stage of mitosis, spindle fibres attach to chromosomes at
A. Kinetochore
B. both centromere and kinetochore
C. centromere, kinetochore and areas adjoining centromere
D. centromere

39. The homologous genes are separated at
A. Anaphase
B. Diplotene
C. Pachytene
D. Anaphase II

41. Microtubule depolymerising drug such as colchicine is expected to
A. include formation of multiple contractile rings
B. allow mitosis beyond metaphase
C. inhibit cytokinesis
D. inhibit spindle formation during mitosis

42. Which of the following statement is incorrect about G0 Phase?
A. Mitosis occurs after G0 phase
B. Biocatalysts can be used to exit G0 phase
C. Cell volume keeps on increasing during this phase
D. Cell metabolism occurs continuously in G0 phase

43. Identify the meiotic stage in which the homologous chromosomes separate while the sister chromatids remain associated at their centromeres
A. Metaphase I
B. Anaphase
C. Metaphase I
D. Anaphase

45. Find the correctly matched pairs and choose the correct option
A. Leptotene – The chromosomes become invisible
B. Zygotene-Pairing of homogenous chromosomes
C. Pachytene-Dissolution of the synaptonemal complex takes place
D. Diplotene-Bivalent chromosomes appear as tetrads
E. Diakinesis – Terminalisation of chiasmata take place
A. A and B are correct
B. B and D are correct
C. B and E are correct
D. B and Care correct

46. Which of the following events are not characteristic features of telophase?
A. Chromosome material condenses to form compact mitotic chromosomes
B. Nucleolus, Golgi complex and ER reform
C. Nuclear envelope assembles around the chromosome clusters
D. Centromeres split and chromatids separate
E. Chromosomes cluster at opposite, spindle poles and their identity as discrete elements is lost
A. A, B and D only
B. B and C only
C. A and D only
D. C, D and E only

47. Visible expression of the genetic phenomenon of crossing over is called-
A. Recombination
B. Condensation
C. Chiasmata
D. spiralisation

48. The chromosomes become gradually visible with compaction of chromatin during the meiotic stage
A. diplotene
B. leptotene
C. zygotene
D. pachytene