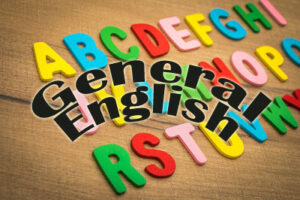 Directions: Choose the correct meaning of the following idioms and phrases
21. beggar description
(a) ask for a description of someone or something
(b) describe a beggar
(c) cannot be described in words
(d) none of the above

22. alive and kicking
(a) in a healthy condition
(b) trying to win a fight at all costs
(c) a baby lying in a crib
(d) very tired

24. give up the ghost
(a) no longer believes in ghost
(b) to die
(c) to be upset by something
(d) not having any fear

26. on a par
(a) agree with someone
(b) not up to standard
(c) of the same standard
(d) what usually happens

28. a capital crime
(a) a crime committed at the capital
(b) a crime not worth mentioning
(c) a crime punishable by death
(d) death sentence

Directions: Choose the correct word-substitute from the given choices
41. Teetotaller
(a) one who never touches alcoholic liquor
(b) one who wanders without settled home
(c) one who flees to another country
(d) one given to pleasures

43. Coup detat
(a) combination of States or political parties
(b) composition intended to ridicule a person of government
(c) violent or illegal change in government
(d) a written statement given on oath

44. Espionage
(a) an engagement to marry
(b) practice of spying or using spies
(c) a newly enlisted soldier
(d) a short sword fixed on the end of a fire-arm

45. Hangar
(a) arranged in systematic form
(b) belonging to the same time
(c) selective, from diverse sources
(d) large building for storing and maintaining aircraft

46. Creche
(a) a public nursery where babies are cared for while their parents are at work
(b) a place where milk is kept and butter is made
(c) a place where goods are stored
(d) a box or cage to store candles, oil, soap etc

50. Eulogy
(a) a speech or writing in praise
(b) language which is defective
(c) the concluding part of a written work
(d) an exaggerated statement