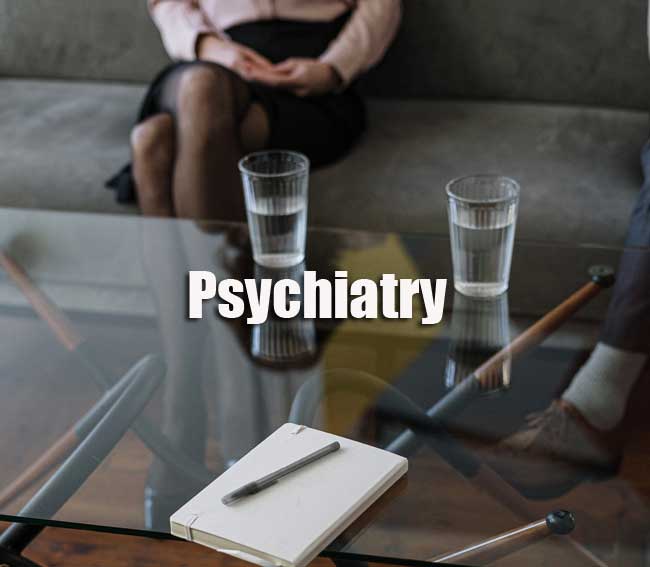 4. The clinical features of PTSD does not include
(1) Experiencing of traumatic event
(2) Diminished interest in significant activities
(3) Poor startle response
(4) Hyper Vigilance

5. The mainstay of Hospice care includes
(1) Palliative care
(2) Home care
(3) Nursing Home care
(4) All of the above

7. Sleep hygiene does not include
(1) Physical fitness
(2) Evening relaxation exercise
(3) Not viewing TV in evening
(4) Taking cold bath in evening

8. Obstructive sleep apnea on polysomnography in adults is characterized by multiple periods of apnea where nasal and oral airflow ceases for minimum period of
(1) 5 seconds
(2) 10 seconds
(3) 15 seconds
(4) 20 seconds

11. Parasuicidal behaviour is the term used for
(1) Patients who injure themselves by self-mutilation
(2) Suicide survivor
(3) Repeated suicide thought
(4) Legal term for suicide

13. Danish American adoption studies suggested strongest evidence of genetic factors in
(1) Suicide
(2) Anxiety disorder
(3) Alzheimer’s dementia
(4) None of the above

14. Suicide survivor refers to those
(1) Who have lost a loved one to suicide
(2) Who has attempted suicide but lived
(3) A pact between to truly romantic adult for suicide attempt
(4) None of the above

17. Following drugs should not be used in severe Renal Impairment
(1) Lithium
(2) Lamotrigine
(3) Clozapine
(4) All of the above

18. Antidepressants not be used in severe Renal failure
(1) Duloxetine
(2) Fluoxetine
(3) Venlafaxine
(4) All of the above

21. A 24 year old male patient presents with a 10 year history of repeated eye blinking and grunting, he complaints of that the symptoms have increase in frequency so much that he does not have any control over them and then have started disturbing his social and routine life making him feel low the best medication that would benefit him is
(1) Carbamazepine
(2) Methylphenidate
(3) Imipramine
(4) Risperidone

24. A 45 year old man presents in emergency room with sinus tachycardia 112 pulse beat per minute, flattening of T-waves and prolonged QT interval. The patient reports that he is taking nerve pills. Which of the following medication is the patient most likely to be taking ?
(1) Bupropion
(2) Imipramine
(3) Fluoxetine
(4) Paroxetine

26. Which of the following mood stabilizer has as anti-suicidal role ?
(1) Lithium
(2) Carbamazepine
(3) Oxcarbamazepine
(4) Valproate

27. Which of the following drug is not effective in treating paediatric acute mania ?
(1) Lithium
(2) Divalproex
(3) Oxcarbamazepine
(4) Carbamazepine

29. In Wernicke’s Encephalopathy after initiating thiamine as treatment which symptom Is first to respond
(1) Memory loss
(2) Ataraxia
(3) Ophthalmoplegia
(4) Global confusion

32. A 3-year-old girl who had been developing typically since birth begins to withdraw socially and then stop speaking altogether also instead of purposeful hand movements that child has begun to show repetitive hand wringing behaviour. The chromosome most likely to be involved in this disorder is chromosome
(1) 16
(2) 18
(3) 21
(4) X

33. A boy with conduct disorder least likely to be involved in
(1) Good Academic Performance
(2) Emotional bullying
(3) Involvement with law
(4) Running away from home

34. Bulimia nervosa does not have following characteristics
(1) Self-induced vomiting
(2) Self-perception of being too fat
(3) Self-induced purging
(4) Use of appetite stimulants

36. Following drugs are sometimes used as non-stimulating drugs in ADHD
(1) Guanfacine
(2) Clonidine
(3) Bupropion
(4) All of the above

37. Which of the following is not associated with anorexia nervosa ?
(1) Binge eating episodes
(2) Menorrhagia
(3) Compensatory self-induced vomiting
(4) Excessive exercise

38. A girl lost her mother in an accident one month back symptoms of low mood decrease interest in pleasurable activities but she is attending to her office duties with no socio occupational impairment. The likely diagnosis is
(1) Complicated Bereavement
(2) Post-traumatic stress disorder
(3) Mayor depressive disorder
(4) Bereavement reaction

39. Post-Traumatic Stress Disorder (PTSD) in children include following features
(1) Experiencing of traumatic event
(2) Intrusive distressing memories
(3) Persistent avoidance of stimuli
(4) All of the above

40. Oppositional defiant disorder in children is not characterized by
(1) Hostile negativistic behaviour
(2) Deliberate destruction of property
(3) Shoplifting
(4) Has forced someone in sexual activity

43. Treatment of Tourette’s disorder include use of
(1) Haloperidol
(2) Methylphenidate
(3) Amphetamine
(4) Pemoline