In the poem, the mountain and the squirrel gets into an argument. The mountain mocks at the squirrel for its self-righteous attitude and calls it ‘Little Prig’. The squirrel also does not hesitate to point out the truth that in spite of being so large, the mountain can neither move at its own will nor perform a simple task like cracking a nut. It says that though squirrels may seem small, they are equally important in the ecosystem like a mountain. Everything in this world has a unique place and purpose to serve. So, there is no need to feel inferior or disgraceful, no matter how big or small one is. Every single being has an important role to play in the grand scheme of nature.

About the Poem Fable

The main characters of the poem “Fable” are a mountain and a squirrel. The poem starts with a funny line, “The mountain and the squirrel Had a quarrel”. The mountain teases the squirrel by calling it ‘Little Prig’ and the squirrel humorously refers to the mountain as ‘doubtless very big.’ The poem includes a moral which is easy even for the young children to understand. It is good to be yourself than trying to be someone who is larger and more imposing. In this poem, Emerson tells us not to judge others from our individual perspective and to try to understand that people are not alike and that all have some unique qualities. The mountain may be able to carry the forest on his back but he cannot crack a nut like the squirrel.

Ralph Waldo Emerson’s “Fable” is a short poem with animal characters and a moral. A fable usually has talking animals and a moral at the end. It refers to a fictional story or a poem that includes animals, mythical creatures, plants and inanimate objects who teach a lesson and give a moral. Ralph Waldo Emerson’s poem centers round a squirrel and a mountain. At the beginning of the poem, both of them get into an argument about their own reasons for existence. The theme of the poem is very delicate and this issue is established through humour. The end part of the poem delivers a moral, meant for the readers. Emerson given thus poem a playful tone with a suitable title “Fable”. 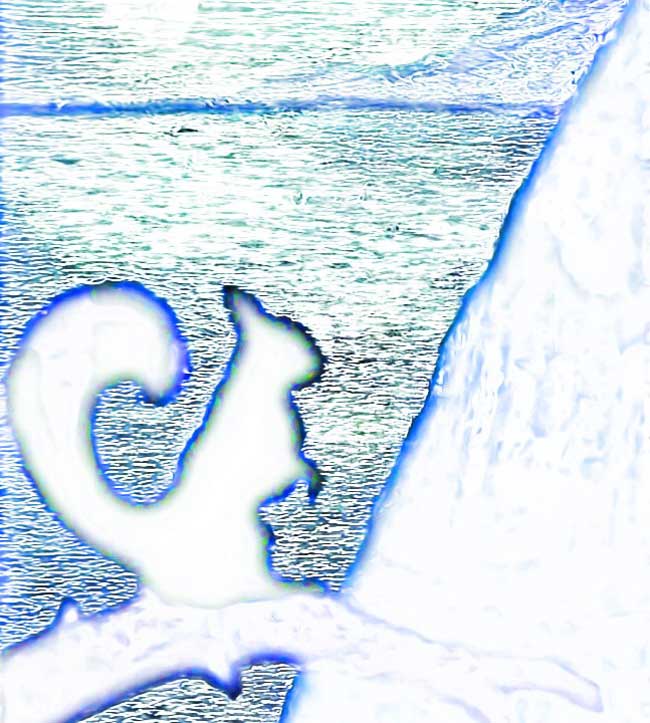 Questions and Answers on Poem Fable

The people who are in search for fable poem questions and answers can download here. We have given Free downloading links for fable question answer papers. So, the applicants who are going to start their preparation can check fable poem questions and answers Old Question Papers along with solutions. We provided complete information regarding fables with comprehension questions pdf Previous Papers. Applicants can get these fables with comprehension questions pdf Model Papers by downloading Free PDFs given below.

Answer the following questions in brief.

What is the squirrel’s opinion of about the things needed to make a whole world ?
According to the squirrel, all sorts of things and weather must be taken in together to make a year as well as the whole world complete.

Despite being small why does the squirrel feel it no disgrace to occupy its place ?
Though the squirrel is a very small animal, it thinks it has an important part to play in the grand scheme of nature. It feels no disgrace because it can perform many such tasks which a mountain
can’t.

What does Bun say about ‘Talents’?
Bun thinks that various species and things have different talents and all talents are well and wisely organised to maintain the balance of nature.

What is the squirrel’s opinion about itself ?
The squirrel regards itself smaller than the mountain in size but not less important.

What are the limitations that a mountain or a squirrel have ?
A squirrel being a very small animal cannot carry forests on its back. Similarly, though the mountain is very big, it cannot perform a simple task like cracking a nut.

Do you think the squirrel’s opinion is right ?
Yes, I think the squirrel is right. Though it is small, it is an energetic animal and a member of the forest ecosystem. Its seed-cracking abilities help to disperse tree seeds and its talent is truly wisely put.

Do you think mountains have any usefulness in nature ?
Yes, mountains play a very significant role in nature. They provide all organisms with water, food, fertile soil and medicinal products. Mountains also influence global climate.

What is a fable ?
A fable is a short narrative in verse, generally with animals as characters, consisting a moral.

Why is the poem given the title Fable’ ?
The poem is a short narrative in verse where a mountain and a squirrel-the principal characters teach a moral lesson. That is why the poem has been titled ‘Fable’.

Does the poem ‘Fable’ has a moral ? What do you think?
I think the poem ‘Fable’ aims to give the readers a simple message or moral that every living or non-living being has their own importance in this world and none is replaceable.

Choose the correct alternative to complete the following sentences :

2. The nationality of the poet is
(i) Australian
(ii) Indian
(iii) British
(iv) American

4. The story of the poem is based on –
(i) a conversation
(ii) story telling
(iii) narration
(iv) description.

7. The former called the latter ‘Little Prig’. Here the former is –
(i) the mountain
(ii) the forest
(iii) the squirrel
(iv) the nut