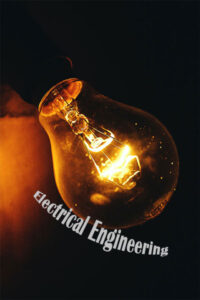 4. A self-excited dc shunt generator, driven by its prime-mover at the rated speed fails to build up voltage across its terminals at no-load. What reason can be assigned for this?
(a) The field circuit resistance is higher than the critical resistance.
(b) The initial shunt field mmf does not assist the residual magnetism
(c) One of the inter-pole connections is reversed
(d) The brush-axis shifts slightly from the geometrical neutral axis of the machine

7. In the thermal power plants, the pressure in the working fluid cycle is developed by
(a) Condenser
(b) super heater
(c) feed water pump
(d) turbine

8. If the temperature is increased, the speed of a series and shunt motor
(a) increases, decreases
(b) both increases
(c) both decreases
(d) decreases, increases

11. Which one of the following is not a necessary condition to be satisfied for synchronizing an incoming alternator to an already operating alternator?
(a) Same voltage magnitude
(b) Same frequency
(c) Same prime mover speed
(d) Same phase sequence

15. Under no load conditions, the current in a transmission line is because of
(a) capacitance effect
(b) corona effect
(c) proximity effect
(d) back flow from earth

18. In an induction motor, when the number of stator slots is equal to an integral multiple of rotor slots
(a) There may be a discontinuity in torque-slip characteristics
(b) A high starting torque will be available
(c) The maximum torque will be high
(d) The machine may fail to start

20. Zero sequence currents can flow from a line to transformer bank if the windings are in
(a) grounded star-delta
(b) delta-star
(c) star-grounded star
(d) detla-delta

22. A rotating electrical machine its self-inductances of both the stator and the rotor windings, independent of the rotor position will be definitely not develop
(a) starting torque
(b) synchronizing torque
(c) hysteresis torque
(d) reluctance torque

27. A synchronous generator is feeding a zero power factor (lagging) load at rated current. The armature reaction is
(a) magnetizing
(b) demagnetizing
(c) cross-magnetizing
(d) ineffective

29. Which of the following is the non-linearity caused by servomotor?
(a) Static friction
(b) Backlash
(c) Saturation
(d) None of these

40. In thermal power plants the condenser used is of:
(a) surface type
(b) jet type
(c) can be both surface type and jet type
(d) none of these

44. An emitter in a bipolar junction transistor is doped much more heavily than the base as it increases the
(a) Emitter efficiency
(b) Base transport factor
(c) Forward current gain
(d) All of these

46. A long specimen of p-type semiconductor material
(a) is positively charged
(b) is electrically neutral
(c) has an electrical filed directed along its length
(d) acts as a dipole

47. Under small signal operation of a diode
(a) its bulk resistance increases
(b) its junction resistance predominates
(c) it acts like a closed switch
(d) it behaves as a clipper