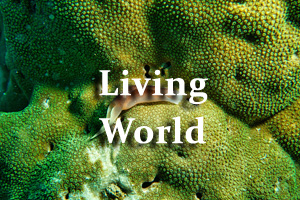 Download the Objective Questions on Living World to sharpen your skills in various sections. Definitely, using the Living World NEET Questions question papers with answers Pdf, you can practice well for the exam and result will be also good. That’s why we have provided The Living World MCQ for NEET Pdf Papers along with Answers.

1. Which one of the following is related to Ex-situ conservation of threatened animals and plants?
A. Wildlife Safari Parks
B. Biodiversity hot spots
C. Amazon rainforest
D. Himalayayan region

2. The region of Biosphere Reserve which is legally protected and where no human activity is allowed is known as :
A. Core zone
B. Buffer zone
C. Transition zone
D. Restoration zone

3. The label of herbarium sheet does not carry information on –
A. date of collection
B. name of collector
C. local names
D. height of the plant

4. Nomenclature is governed by certain universal rules, which one of the following is contrary to the rules of nomenclature?
A. The first word in a biological name represents the genus name and the second is a specific epithet.
B. The names written in Latin and are Italicised.
C. When written by hand, the names are to be underlined.
D. Biological names can be written in any language.

5. Study the four statements (I-IV) given below and select the two correct ones out of them :
I. Definition of biological species was given by Ernst Mayr.
II. Photoperiod does not affect reproduction in plants.
III. Binomial nomenclature system was given by RH Whittaker.
IV. In unicellular organisms, reproduction is synonymous with growth.
The two correct statements are-
A. II and II
B. III and IV
C. I and IV
D. I and II

7. Which of the following is the correct scientific name of wheat derived by binominal nomenclature?
A. Triticum vulgare
B. Triticum aestivum
C. Zea mays
D. Oryza sativa

9. In the classification by Linnaeus, the non-flowering plants constituted in following number of class-
A. 24th
B. 20th
C. 10th
D. 12th

10. In a taxonomic hierarchy, the number of common characters will increase as we go from –
A. species to kingdom
B. kingdom to species
C. class to order
D. Genus to species

11. Tautonym is-
A. unscientific explanation of a phenomenon
B. common name used as scientific name
C. Non-latinised name
D. same name for genus and species.

12. Which one of the four names is correctly written as per rules of binomial nomenclature-
A. SOLANUM MELONGENA
B. Solanum melongena
C. Solanum Melongena
D. solanum melongena

13. Who gave the nomenclature according to which humans are called Homo sapiens-
A. Darwin
B. Mendel
C. Aristotle
D. Linnaeus

14. Which is the highest in the hierarchy of toxonomic categories –
A. Genus
B. Family
C. Class
D. Order

15. Which is the order of Tulsi –
A. Lamiaceae
B. Lamiales
C. Poales
D. Sapindales

16. The Word species was coined by –
A. Aristotle
B. Linnaeus
C. John Ray
D. Engler

18. Nomenclature is governed by certain universal rules. Which one of the following is contrary to the rules of nomenclature?
A. The first would in a biological name represents the genus, name and the second is a specific epithet.
B. The names are written in latin and are itallcised
C. When written by hand, the names are to be underlined
D. Biological names can be written in any language

20. Select the correct statement.
A. Biological names are generally in Greek and written in Italics.
B. Family comprises a group of related species which has more characters in common.
C. An order includes related classes.
D. Families like Convolvulaceae, Solanaceae are included in the order polymoniales mainly based on the floral characters.

21. Which of the following statement (s) about taxonomical aids is/are true?
I. Keys are used to identify plants and animals based on similarities and dissimilarities
II. Flora contains the account of habitat and distribution of plants in a given area.
III. Flora provides information to the plant species found in a particular area.
IV. Monographs provides information for identifying the species found in an area.
A. I and II only
B. I and IV only
C. I, II and II only
D. IV only

22. Which one of the following is not a correct statement?
A. Herbarium houses dried, pressed and preserved plant specimens.
B. Botanical gardens have collection of living plants for reference.
C. A museum has collection of photographs of plants and animals.
D. Key is a taxonomic aid for identification of specimens.

23. Plant preservation centre in which the collected plants are preserved as dry specimens, according to classfication is called-
A. Flora
B. Herbarium
C. Museum
D. Botanical garden

25. Choose the wrong statement about sub species –
A. They do not interbreed with individuals of other subspecies
B. They are new species in the making
C. Geographically isolated populations of a species
D. They show mirror variations from parent population.

26. Binomial nomenclature means –
A. one name given by two taxonomists
B. two names, the latinized, other of a person
C. two names, one scientific, other local
D. two-word names, the first indicates genus, and other species.

29. Scientific names of plants are based on principles and criteria agreed by and are given in –
A. IUCN
B. ICZN
C. ICBN
D. ICPN

30. Select the correct statement.
E. Biological names are generally in Greek and written in Italics.
F. Family comprises a group of related species which has more characters in common.
G. An order includes related classes.
H. Families like Convolvulaceae, Solanaceae are included in the order polymoniales mainly based on the floral characters.

31. Which of the following statement (s) about taxonomical aids is/are true?
V. Keys are used to identify plants and animals based on similarities and dissimilarities
VI. Flora contains the account of habitat and distribution of plants in a given area.
VII. Flora provides information to the plant species found in a particular area.
VIII. Monographs provides information for identifying the species found in an area.
E. I and II only
F. I and IV only
G. I, II and II only
H. IV only

33. Which one of the following is not used for exsitu plant conservation?
A. Botanical gardens
B. Field gene banks
C. Seed banks
D. Shifting cultivation

34. Which of the following is not a correct statement?
A. Key is a taxonomic aid for identification of specimens
B. Herbarium houses contains dried, pressed and preserved plant specimens.
C. Botanical gardens have collection of living plants for reference.
D. A museum has collection of photographs of plants and animals.

35. The common character between Tomato and Potato will be maximum at the level of-
A. Division
B. Family
C. Order
D. Genus

36. Taxonomic hierarchy refers to –
A. The step-wise arrangement of all categories for classification of plants and animals
B. a group of senior taxonomists, who decide the nomenclature of plants and animals.
C. list of botanists or zoologists, who have worked on taxonomy or a species or group
D. classification of a species based on fossil records.

37. Which one of the following areas In India, is hotspot of bio-diversity?
A. Gangetic plain
B. Western ghats
C. Sunderbans
D. Eastern ghats

38. Animals are classified into hierarchical group. In which one of the following, the largest number of species is found?
A. Genus
B. Order
C. Cohort
D. Family

41. Term ‘New Systematics’ was given by-
A. Julian Huxley
B. Bateson
C. Linnaeus
D. Darwin

44. Family placed between-
A. genus and species
B. order and class
C. class and genus
D. order and genus

45. Phylogenetic system of classification is based on
A. Biochemical properties
B. Evolutionary relationship
C. Quantitative assessment of similarities and differences between organisms
D. Cytological characters

48. The father of modern taxonomy-
A. Aristotle
B. Carl Linnaeus
C. Theophrastus
D. None of them

50. In fish Catla catla the specific name is identical with generic name, thus it is an example of-
A. Autonym
B. Tautonym
C. Synonym
D. homonym

51. Which is called sexual system of classification?
A. Bentham and Hooker
B. Tippo
C. Linnaeus
D. Takhtajan

53. Father of botany is-
A. Aristotle
B. Robert Hooker
C. Darwin
D. Theophrastus

54. Select the wrong statements-
I. Lower the taxon, more are the characteristic that the members within the taxon share.
II. Order is the assemblange of genera which exhibit a few similar characters.
III. Cat and dog are included in the same family-Felidae.
IV. Binomial nomenclature was introduced by Carolus Linnaeus
A. I, II and III
B. II, III and IV
C. II and III
D. III and IV

55. Scientific study of diversity of organisms and their evolutionary relationships is-
A. Morphology
B. Anatomy
C. Taxonomy
D. Systematics

56. Which one is exclusive characteristics of living beings?
A. Increase in mass both from outside and inside
B. Increase in mass from inside
C. Isolated metabolic reactions in vitro
D. perception of events happening in environment and their memory.

57. A fundamental requirement of living organism is –
A. Evolution
B. Order
C. Growth
D. energy

59. 62 A genus with a single species is-
A. Typical
B. Polytypic
C. Monotypic
D. Atypical

60. The framework system of classification in which various taxonomic categories are arranged in order of logical sequence is called-
A. Systematic
B. classification
C. hierarchy
D. taxon

61. The basic unit of classification is-
A. Species
B. Genus
C. Family
D. Phylum

62. The term ‘Taxonomy’ was introduced by-
A. de Candolle
B. Bentham and Hooker
C. Linnaeus
D. Huxley

63. Which one is a species?
A. Canis
B. Fami liaris
C. canis familiaris
D. familiaris

64. The famous botanical garden of kew is located in –
A. India
B. England
C. Germany
D. France

66. A group of incorrected genera is called-
A. Family
B. Phylum
C. Order
D. Class

67. The science of naming plants is-
A. Identification
B. Nomenclature
C. Taxonomy
D. Classification

68. In Binomial nomenclature scientific names are derived from-
A. English
B. Latin
C. French
D. Sanskrit

69. Which is not applicable to biologial species concept?
A. Hybridisation
B. Natural selection
C. Gene pool
D. Reproductive isolation

70. Which of the following is an endangered animal?
A. Hanuman Monkey
B. Lion tailed macaque
C. Antelope
D. Langur