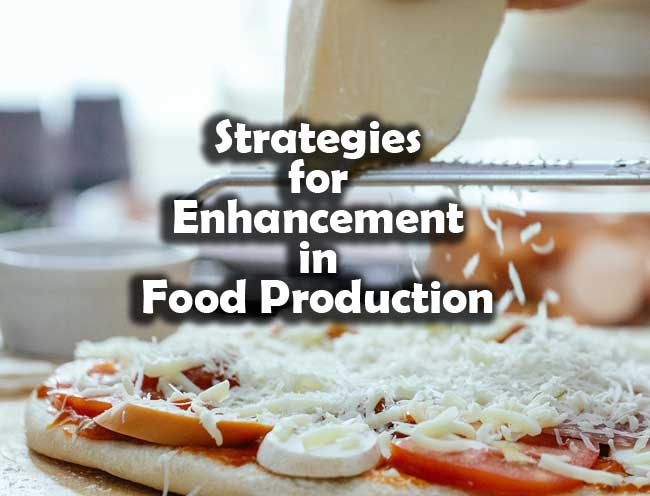 Reading the Strategies for Enhancement in Food Production Old Papers helps you to be aware of the previous year questions.

MCQ on Strategies for Enhancement in Food Production

2. A true breeding plant is-
A. always homozygous recessive in its genetic constitution.
B. one that is able to breed on its own
C. produced due to cross-pollination among unrelated plants.
D. near homozygous and produces offspring of its own kind.

3. Among the following edible fishes, which one is a marine fish having rich source of omega-3 fatty acids?
A. Mackerel
B. Mystus
C. Mangur
D. Mrigala

5. A cell at telophase stage is observed by a student in a plant brought from the field. He tells his teacher that this cell is not like other cells at telophase state. There is no formation of cell plate and thus the cell is containing more number of chromosomes as compared to other dividing cells. This would result in—
A. somaclonal variation
B. polyteny
C. aneuploidy
D. polyploidy

6. The number of chromosomes present in the cells of the bread wheat, Triticum aestivum suggests that it is—
A. Hexaploidy
B. Diploid
C. Tetraploid
D. pentaploid

7. One of the breeding techniques useful to eliminate harmful recessive genes by selection is-
A. Inbreeding
B. artificial insemination
C. MOET
D. out-breeding

8. Plants obtained through tissue culture are genetically identical and they are obtained by somatic cells. What do you call them?
A. somatic hybrids
B. somaclones
C. cross hybrids
D. monoclones

9. A protoplast is a cell—
A. without cell wall
B. without plasma membrane
C. without nucleus
D. undergoing division

10. Outbreeding is an important strategy of animal husbandry because it—
A. exposes harmful recesisve genes that are eliminated by selection.
B. helps in accumulation of superior genes.
C. is useful in producing purelines of animals.
D. is useful in overcoming inbreeding depression.

12. Continued self pollination results in—
A. formation of unisexual flowers
B. inbreeding depression
C. gametes loose vigour
D. self incompatibility

13. Triticale is an example of —
A. Autopoiyploidy
B. Allopolyploidy
C. Aneuploidy
D. none of these

15. The Noble prize for study of communication methods of honey bees was given to—
A. Karl Korrens
B. Karl Von Frisch
C. Hugo de Vries
D. Parkinson

17. The silkworm which is reared on castor plants is—
A. eri silkworm
B. muga silkworm
C. oak silkworm
D. tassar silkworm

18. Tikka disease of groundnut is caused by-
A. Phytophthor
B. Cercospora
C. Albugo
D. Colletotrich

19. Resistance to yellow mosaic virus in Abelmoschus esculentus was transferred from a wild species and resulted in a, new variety called—
A. Sehore
B. Raphanus sativus
C. Parbhani Kranti
D. Musa pudica

20. The breeding of the unrelated animals which may be between individuals of the same breed, (but having no common ancetors), or between different breeds or different species is known as—
A. interspecific hybridisation
B. out-breeding
C. out-crossing
D. cross-breeding

21. MOET is a programme that is used to increase—
A. herd size
B. disease resistance
C. biomass
D. yield

23. The marine fish among the following varieties is—
A. Stromateus
B. Labeo
C. Cirrhinus
D. Catala

24. Following are all breeds of cows except-
A. Jersey
B. Nagpuri
C. Sahiwal
D. Sindhi

27. To obtain virus-free healthy plants from a diseased one by tissue culture technique, which part/ parts of the diseased plant will be taken?
A. Apical meristem only
B. Palisade parenchyma
C. Both apical and axillary meristems
D. Epidermis only

28. Genetically improved crop varieties can be developed in laboratory by—
A. somatic hybridisation
B. transgenic technology
C. cell suspension culture
D. all of these

30. Mating of two varieties of a cattle breed like Red Dane which have no common ancestors on either side of their pedigree up to 4-6 generation is an example for—
A. Inbreeding
B. inter-specific hybridisation
C. cross breeding
D. out crossing

31. During somatic hybridisation in plants
A. the cell walls and the middle lamella are digested before fusing the cells.
B. somaclones are produced in large mumbers.
C. crop plants with higher levels of vitamins, proteins and minerals are hybridised.
D. the apical meristems are cultured to get virus-free plants.

34. Plants can be made disease resistant through —
A. colchicine treatement
B. X-ray treatment
C. breeding with wild relatives
D. hormone treatment

35. In which method of animal breeding two different species of male and female animals are mated?
A. Interspecific hybridisation
B. out breeding
C. out crossing
D. cross breeding

38. In plant breeding programmes, the entire collection (of plants/seeds) having all the diverse alleles for all genes in a given crop is called-
A. germplasm collection
B. selection of superior recombinants
C. cross-hybridisation among the selected parents
D. evaluation and selection of parents

39. Which of the following is not true for inbreeding?
A. It causes inbreeding depression after a few generations.
B. It always increases the productivity
C. It is used to produce a pure line
D. It leads to homozygousity

41. The most popular fine wool breed of sheep is—
A. Suffolk
B. Ramboullet
C. Merino
D. Lincoln

42. Halliker, a draught breed of cattle is found in—
A. Karnataka
B. Gujarat
C. Andhara Pradesh
D. Madhya Pradesh

44. Tissue culture technique can produce infinite number of new plants from a small parental tissue. The economic importance of the technique is in raising.
A. genetically uniform population identical to the original parent
B. homozygous diploid plants
C. new species
D. variants through picking up somaclonal variations.

47. Which is most recent domestication-
A. Buffalo
B. Sheep
C. Turkey
D. Silkworm

49. Given below are assertion and reason.
Assertion : inbreeding increases homozygosity exposing harmful recessive genes, some of which are eliminated by selection.
Reason : Continued inbreeding reduces fertility and productivity.
A. both are true with reason being correct explanation.
B. both are true but reason is not correct explanation.
C. assertion is true but reason is wrong.
D. both are wrong.

50. Pebrine in silkworms is caused by-—
A. Dugesia
B. Monocystis
C. Nosema
D. Plasmodium