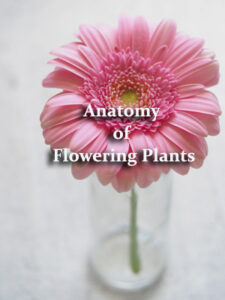 1. Which of the following is made up of dead cells?
A. Xylem parenchyma
B. Collenchyma
C. Phellem
D. Pholem

3. Identify the wrong statement in context of heartwood:
A. Organic compounds are deposited in it
B. It is highly durable
C. It conducts water and minerals efficiently
D. It comprises dead elements with highly lignified walls.

5. The ballon-shaped structure called tyloses-
A. originate in the lumen of vessels
B. characterise the sapwood
C. are extensions of xylem parenchyma cells into vessels
D. are linked to the ascent of sap through xylem vessels.

8. Which among these statements about collenchyma is true?
A. Collenchyma cells are usually dead without protoplasts.
B. The cells are long and narrow with thick lignified walls.
C. Collenchyma occurs in layers below the epidermis in dicotyledonous plants.
D. These cells are found in the pulp of fruits like guava, pear and sapota.

13. Medullary rays are tissues made up of
A. phloem parenchyma
B. xylem parenchymna
C. sieve tube
D. sclerenchyma

14. Oval, spherical or polygonal cells, thickening at the corners due to deposition of cellulose, hemicellulose and pectin, often containing chloroplasts and having or not having inter cellular spaces are called
A. Parenchyma
B. Sclerenchyma
C. Chlorenchyma
D. collenchyma

15. The increase in length of petiole results from the division of
A. apical meristem
B. lateral meristem
C. intercalary meristem
D. phellogen

17. Select the characters which are not applicable to the anatomy of dicot roots?
A. Conjunctive tissue present
B. Presence of protein compounds in the casparian strips
C. Polyarch xylem bundles
D. Presence of pericycle
A. A and B
B. A and D
C. B and D
D. B and C

18. Pick out the wrong statement.
A. Gymnosperms lack vessles in their xylem.
B. The cell wall of parenchyma is made up of pectin.
C. The first formed primary xylem elements are called protoxylem.
D. Gymnosperms have albuminous cells and have sieve cells in their phloem.
E. Intercellular spaces are absent in collenchyma.

22. Lenticels are involved in the process of
A. Transpiration
B. Guttation
C. Respiration
D. Both (a) and (b)

23. Age of plant can be determined by observing its
A. cork cambium
B. wood
C. pith
D. bark

24. Fascicular cambium separates the xylem and phloem in
A. dicots only
B. monocots only
C. both dictos and monocots
D. none of the above

25. The girth or diameter of the stem increases due to the activity of the following
A. apical meristems
B. intercalary meristems
C. lateral meristems
D. parenchyma cells

26. Transport proteins of endodermal cells are control points where a plant adjusts the quantity and types of solutes that reach the xylem. Root endodermis is able to actively transport ions in one direction only because of the layer of-
A. Suberin
B. Actin
C. Lignin
D. Cellulose

27. You are given a old piece of dicot stem and a dicot root. Which of the following anatomical structures will you use to distinguish between the two
A. secondary phloem
B. protoxylem
C. cortical cells
D. secondary xylem

28. Tracheids differ from other tracheary elements in
A. having casparian strips
B. 6being imperforate
C. lacking nucleus
D. being lignified.

29. Which of the following tissues provide maximum mechanical support to plant organs?
A. Sclerenchyma
B. Parenchyma
C. Collenchyma
D. Aerenchyma

31. Ring like secondary cell wall thickening is referred to as
A. Spiral
B. Scalariform
C. helical
D. annular

33. Which of the following parts of dicot root is made up of cells with suberin deposition in tangential as well as radial walls?
A. Epidermis
B. Endodermis
C. Cortex
D. Pericycle

35. Which of these characters does/do not apply to the vascular bundle of monocot stem?
I. Conjoint
II. Endarch protoxylem
III. Open
IV. Phloem parenchyma is absent
A. I and II only
B. III and IV only
C. II and III only
D. I only

37. The epidermal hairs present on the stem of the plant are called-
A. guard cells
B. atrichomes
C. stomata
D. root hairs

38. Identify the tissue not formed during secondary growth in plants.
A. Phellogen
B. Phellem
C. Wood
D. Pericycle

39. ldentify the correct pair of statements
(i) Functions of sieve tubes are controlled by nucleus of companion cells
(ii) Albuminous cells are present in angiosperms
(iii) In dicot root, the vascular cambium is completely secondary in origin.
(iv) cylindrical meristems contribute to the formation of primary plant body.
A. (i) and (iii)
B. (ii) and (iv)
C. (i) and (ii)
D. (ii) and (iii)

41. Age of a tree can be estimated by-
A. number of annual rings
B. diameter of its heartwood
C. its height and growth
D. biomass

44. The common bottle cork is a product of –
A. Dermatogens
B. Xylem
C. Phellogen
D. vascular cambium

48. Which of the following tissues is not a component of any complex tissue?
A. Parenchyma
B. sclerenchyma
C. tracheids
D. collenchyma

49. The commonly found tissue in pulp of fruits like guava and in leaves of tea is-
A. Collenchymas
B. Chlorenchyma
C. Sclereid
D. aerenchyma