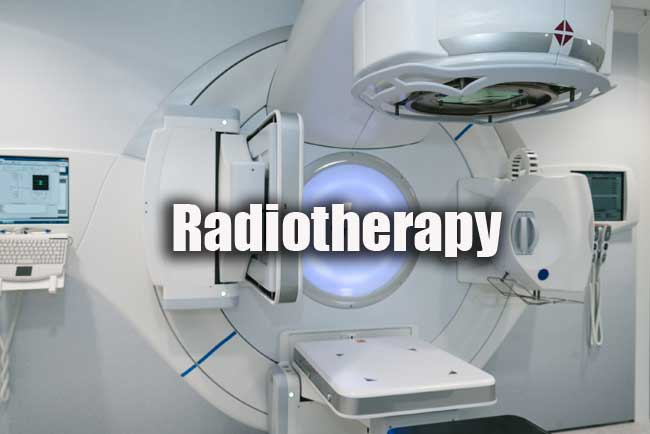 3. Early Breast Cancer Trialists Collaborative Group (EBCTCG 2014) meta-analysis of post-mastectomy trials, what was the impact of RT in women with 1-3+ nodes who underwent an axillary dissection and received systemic therapy ?
(1) It was detrimental in this population
(2) It yielded no benefit
(3) It improved locoregional control only
(4) It improved locoregional control and breast cancer specific survival

4. In the START B Trial, which endpoint was not superior in the hypo-fractionation arm ?
(1) Telangiectasia
(2) Breast edema
(3) Local recurrence
(4) Breast shrinkage

7. For a patient with locally advanced oesophageal cancer endoscopically visualized at 20 cm from the incisors, which of the following diagnostic tests is not indicated ?
(1) Bronchoscopy
(2) Laparoscopy
(3) PET-CT
(4) Endoscopic ultrasound

12. According to the IMRT Contouring guidelines for treating intact cervix squamous cell carcinoma when there is no vaginal involvement, what proportion of the vagina is required to be included in the CTV ?
(1) 25%
(2) 50%
(3) 66%
(4) 100%

15. Appropriate method of therapeutic intensification for the post-operative radiotherapy treatment of inflammatory breast cancer :
(1) A hypofractionated regimen
(2) The use of daily bolus
(3) An axillary boost
(4) Inclusion of the contralateral IM chain

25. What is the most common histology in paediatric brain tumor ?
(1) Medulloblastoma
(2) Ependymoma
(3) Meningioma
(4) Pilocytic astrocytoma

28. Increased tumor cell kill of relatively radiation resistant hypoxic cells can be achieved by the concurrent administration of radiation and any of the following drugs except :
(1) Tirapazamin
(2) Mitomycin
(3) Misonidazole
(4) Fluorouracil

42. Cisplatin has all the following properties except :
(1) It is used as a radiosensitizer with concurrent radiation therapy
(2) It is cell-cycle non-specific
(3) It is similar in efficacy to its isomer, trans-platinum
(4) It causes both inter-strand and intra-strand crosslinking