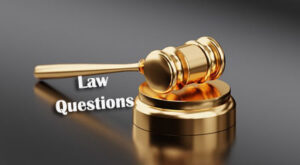 At the bottom of this page, you will find ‘Click here links’ for downloading the Mock Test on Law. Click on the required link & download your related Mock Test on Law to make as a reference for your scheduled preparation.

1. In the ND&PS Act,1985 the “illicit traffic”, in relation to narcotic drugs and psychotropic substances, means –
(a) cultivating any coca plant or gathering any portion of coca plant;
(b) engaging in the production, manufacture, possession, sale, purchase, transportation, warehousing, concealment, use or consumption, import inter-State, export inter-State, import into India, export from India or transshipment, of narcotic drugs or psychotropic substances
(c) both (a) & (b) are correct
(d) None of these

4. Which country began to campaign for a worldwide law against all drug; following the adoption of the single convention on Narcotic Drugs
(a) The UK
(b) The United States
(c) France
(d) Germany

6. Which of the following is a condition for the applicability of section 360 of the Code of Criminal Procedure 1973 and of the probation of offenders Act, 1958
(a) An offender is under eighteen years of age
(b) An offender is under twenty one years of age
(c) Or that the offence is punishable with under Section 26 A, Section 27 of this Act
(d) Condition of (a) and (c) both

14. Special court constituted under the Act shall consists of
(a) A single judge
(b) Two judge
(c) Three judge
(d) None of these

16. The power to add to or omit from the list of Psychotropic substances specified in the schedule belongs to-
(a) Central Government
(b) State Government
(c) Both (a) and (b)
(d) None of these

17. Which of the following Essential Narcotic Drugs that was restricted under the ND&PS Act, 1985 received relaxation of the ND&PS (Amendment) Act, 2014 for making them more accessible for use in pain relief and palliative care
(a) Morphine
(b) Fertanyl
(c) Methadone
(d) All of these

18. The words and expressions used in the Act but not defined received the meaning define in
(a) Indian Penal Code, 1860
(b) The Code of Criminal Procedure, 1973
(c) Civil Procedure Code
(d) None of these

19. Which of the following is an advisory body to the Central Government of the Act?
(a) The Central Board of Excise and Customs
(b) The Narcotics Commission
(c) The Narcotics drugs and psychotropic substance consultation committee
(d) None of these

20. Which of the following is not true about the NDPA(Amendment) Bill 2014?
(a) Multiple State Licenses for possession, purchase, transport, sale, distribution, use and consumption has been continuing and reinforced.
(b) Drugs identified, as essential drugs will be subject to Central Rules under Section 9(1) (a)
(c) Section 71 of the Act authorizes the government to recognize and approve treatment centers which currently operates without license or accreditation and inflict violence and torture on drug users
(d) all of the above is not true

22. Section 5 of the PC Act deals with
(a) Procedure and power of Special Judge
(b) Offences and penalties
(c) Investigation into case under the Act
(d) Preliminary define

24. Which of the following is not true regarding the Power of a Special Judge under the PC Act?
(a) He may take cognizance of the offences without the accused being commissioned to him for trial
(b) In trying the accused person, he shall follow the procedure prescribed by the Cr.P.C for the trial of warrant cases by Magistrate
(c) He may tender pardon to a person supposed to have been directly or indirectly concerned in an offence in order to obtain the evidence provided such person would make full and true disclosure of the whole circumstances within his knowledge related to the offence.
(d) All of the above is true

25. In which of the following case the Hon’ble Justice Ranganath Mishra has observed the main ingredients of the charge of an offence under section 7 of the PC Act?
(a) Madan Lal vs. State of Himachal Pradesh
(b) State of Rajasthan vs. Shanti
(c) Joseph Fernandez vs State of Goa
(d) R.S. Nayak vs. A.R. Antulay and another

26. Which of the following case reference is relating to the offence of corruption under the PC Act?
(a) R.S. Nayak vs. A.R. Antulay and another
(b) Vineet Narayan vs. Union of India
(c) both (a) and (b)
(d) None of these

27. Which of the following section of the PC Act 1988 deals with taking gratification by a private individual for the exercise of personal influence on a public servant?
(a) Section 8
(b) Section 9
(c) Section 10
(d) None of these

28. Which section of the Act says about appointment of Special Judges?
(a) Section 4
(b) Section 3
(c) Section 5
(d) None of these

34. Law Commission of India 254th Report relates to:
(a) Widening the power of Central Government to cover Private corporate bodies within the term public servant
(b) The proposed amendment to the Prevention of Corruption (Amendment) Bill 2013
(c) To curb the power of Central Vigilance Commission
(d) None of these

35. Which of the following chapter of IPC relates to offence by or relating to Public Servants?
(a) Chapter VII
(b) Chapter VIII
(c) Chapter IX
(d) Chapter X

36. Which of the following Section of this Act deals with the formulation of the guidelines by the State Government
(a) Section 40
(b) Section 38
(c) Section 39
(d) None of these

38. Which of the following is not true
(a) The Act intends to protect the child through all stage of Judicial process and give paramount importance to the principle of best interest of the child
(b) Using a child for pornographic purposes is outside the scope of this Act
(c) This Act envisages punishing even abetment or an attempt to commit the offences defined in the Act
(d) It is now mandatory for police to register an FIR in all cases of Child Abuse

44. Section 61 of Juvenile Justice Act is relevant for the POCSO Act because
(a) Nation Commission for Protection of Child Rights is constituted under the Act originates from J.J.Act
(b) The Act has defined different form of sexual abuse covering
(c) Counselors engaged externally may be remunerated from the Fund constituted by the State Government under this Act.
(d) None of these

50. Who among the following perform the role of an intermediary between the authorities and the Child abused under the Act?
(a) The trust person
(b) The counselor
(c) The support person
(d) None of these