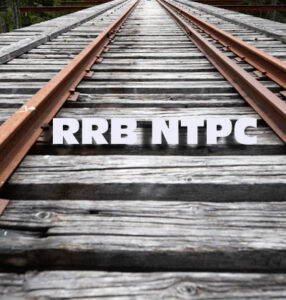 16. Which organisation collects data for the unorganised sector?
(a) NSSO
(b) CSO
(c) ASI
(d) RBI

17. In which country, financial legislation is introduced in the upper house of the legislature?
(a) Australia
(b) France
(c) Japan
(d) Germany

19. How many fundamental duties are included-in Indian Constitution?
(a) Nine
(b) Ten
(c) Eleven
(d) Twelve

20. The Vice-President of India is also the
(a) Speaker of Lok-sabha
(b) Ex-officio chairman of Rajya-sabha
(c) Head of the State
(d) Head of the Government

22. The languages used to write source materials in ancient time was
(a) Sanskrit
(b) Pali
(c) Brahmi
(d) Kharosthi

25. Black forests are found in
(a) France
(b) Germany
(c) Czechoslovakia
(d) Rumania

26. Which of the following awards is instituted by the UNESCO?
(a) Nehru Award for international understanding
(b) Kalinga Prize
(c) Arjuna Award
(d) Nobel Prize

27. The concept of ‘survival of the fittest’ was first advocated by
(a) Oparin
(b) Darwin
(c) Spencer
(d) Haeckel

30. Sour taste of ‘Coca-Cola’ is due to the presence of
(a) acetic acid
(b) phosphoric acid
(c) hydrochloric acid
(d) formic acid

35. Buddhism made an important impact by allowing two sections of society into its fold. There were
(a) Merchants and priests
(b) Money lenders and slaves
(c) Warriors and Traders
(d) Women and Sudras

52. The price of certain item is increased by 15%. If a consumer wants to keeps his expenditure on the item the same as before, how much percent must he reduce his consumption of that item?
(a) 15%

72. A and B are the children of C. If C is the father of A but B is not the son of C, then what is the relationship between B and C?
(a) Daughter and father
(b) Sister and Brother
(c) Nieceand Uncle
(d) Niece and Meternal Uncle

73. Sony walked 20 km towards east, turned left and walked 15 km, then she turned left then right and again right. In which direction is she going now?
(a) EAST
(b) WEST
(c) NORTH
(d) SOUTH

Direction: In following question a problem is given. Study the problem and find out the correct answer.

Directions (Q. 75-77): In these questions, find out the pair of numbers that does not belong to the group due to lack of common properties.

Directions (QO. 80-84) : In the following questions, a word is given followed by four other words in the alternatives. Only one word as given in alternative can be formed from the letters used in the word given in the question. Find out the word amongst the alternatives.

Directions (Q. 87-90): In these questions, identify the one which is different from others.

Directions (Q. 91-94): In these questions, select the related word from the given alternatives.

Directions (Q. 97-98) : In the following questions, some figures are given. In these figures, some numbers are given. These numbers follow a certain system. One such number is missing. Find out that number.