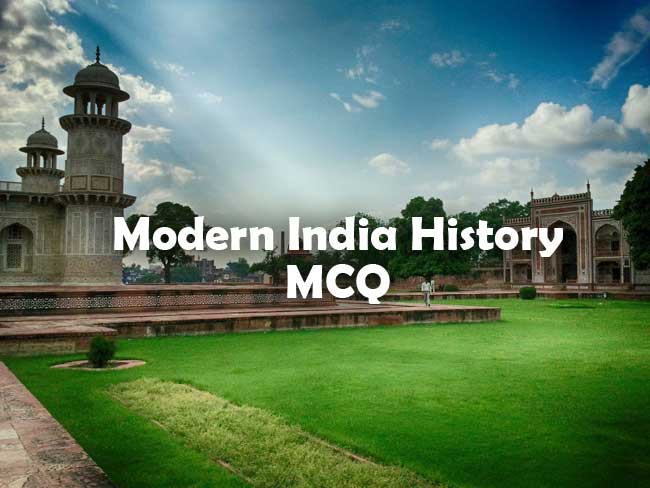 1. Mahatma Gandhi got his inspiration for Civil Disobedience from :
(A) Tuoreau
(B) Ruskin
(C) Confucius
(D) Tolstoy

5. What was the ultimate goal of Mahatma Gandhi’s Salt Satyagraha?
(A) repeal of Salt Satyagraha
(B) curtailment of the Government’s power
(C) economic relief to the common people
(D) ‘Purna Swaraj’ for India

6. Who persuaded the ratings of the RIN (Royal India Navy) to surrender on the 23rd February 1946?
(A) Mahatma Gandhi
(B) Jawaharlal Nehru and Maulana Abul Kalam Azad
(C) Vallabh Bhai Patel and M.A. Jinnah
(D) Morarji Desai and J.B. Kripalani

7. On September 20, 1932 Mahatma Gandhi began a fast unto death in Yervada Jail against :
(A) British repression of the Satyagrahis.
(B) Violation of the Gandhi-Irwin Pact.
(C) Communal award of Ramsay MacDonald.
(D) Communal riots in Calcutta.

8. In 1939, for the first time, Gandhiji tried out his specific techniques of controlled mass struggle in a native state. He allowed a close associate of his to lead a satyagraha. Who was he?
(A) K. T. Bhashyam in Mysore
(B) Jamnalal Bajaj in Jaipur
(C) Vallabh Bhai Patel in Rajkot
(D) Nebakrushna Chaudhri in Dhenkanal

9. One time associate of Mahatma Gandhi, broke off from him and launched a radical movement called ‘self-respect movement’. Who was he ?
(A) P. Thyagaraja Shetti
(B) Chhatrapati Maharaj
(C) E.V. Ramaswamy Naicker
(D) Jyotirao Govindrao Phule

11. What did Jyotiba Phule’s Satyashodhak Samaj attempt in the last century?
(A) Saving the lower castes from hypocritical Brahmans and their opportunistic scriptures
(B) Attacking the caste system
(C) Led an anti-landlord and antimahajan upsurge in Satara
(D) Separate representation for untouchables

12. In which of the following movements did Mahatma Gandhi make the first use of Hunger Strike as a weapon?
(A) Non-Cooperation Movement, 1920-22
(B) Rowlatt Satyagraha, 1919
(C) Ahmedabad Strike, 1918
(D) Bardoli Satyagraha

15. The Simon Commission was formed to review
(A) legislatures in India
(B) fitness of India for further reforms
(C) the position of the viceroy
(D) a Constitution for India

16. Where did Aurangzeb die?
(A) Ahmednagar
(B) Aurangabad
(C) Allahabad
(D) Lahore

19. In which of the following systems of land settlement adopted by the English did provide more protection to the interests of farmers ?
(A) Permanent Settlement of Bengal
(B) Ryotwari Settlement of Madras
(C) Zamindari Settlement of Central States
(D) Malgujari (land revenue) Setternent of United State

25. Who was the Chairman of the Union Powers Committee of the Constituent Assembly of India?
(A) Sardar Vallabhbahi Patel
(B) Dr. B.R. Ambedkar
(C) Sir Alladi Krishnaswami Ayyar
(D) Pt. Jawaharlal Nehru

26. From where did Acharya Vinoba Bhave start the Individual Satyagraha in 1940?
(A) Nadiad in Gujarat
(B) Pavnar in Maharashtra
(C) Adyar in Tamil Nadu
(D) Guntur in Andhra Pradesh

31. The 19th Century reawakening in India was confined to the
(A) Priestly class
(B) Upper middle class
(C) Rich peasantry
(D) Urban landlords

32. Who was the first Indian to be elected to the British Parliament?
(A) Dadabhai Naoroji
(B) Gopala Krishna Gokhale
(C) Bipin Chandra Pal
(D) Lala Lajpat Rai

36. Which of the following European Colonisers did not have a settlement on the Eastern Coast of India ?
(A) French
(B) Portuguese
(C) Dutch
(D) Danish

37. In which session of Indian National Congress the tricolour flag was unfurled for the first time ?
(A) Calcutta Session, 1920
(B) Annual Session of Congress at Nagpur, 1920
(C) Lahore Congress, 1929
(D) Haripura Congress Conference, 1938

38. Which among the following regulations made English as a medium of education compulsory in government aided schools and colleges ?
(A) Pitts India Act, 1784
(B) Educational Despatch, 1854
(C) Macaulay Minute, 1835
(D) Regulating Act, 1773

40. M. A. Jinnah, in his early political life–
(A) supported two nation theory
(B) initiated Hindu-Muslim unity
(C) imagined Pakistan as an independent State
(D) was a communalist

41. Who among the following controlled maximum trade in the western coastal region during 17th century ?
(A) Portuguese
(B) Dutch
(C) The house of Jagat Seth
(D) Mulla Abdul Gaffar

42. Given below are the names of prominent leaders and their respective operational areas during the revolt period. Select the incorrect pair.
(A) Rani Laxmibai—Indore
(B) Khan Bahadur Khan—Ruhelkhand
(C) Kunwar Singh—Sahabad
(D) Nana Saheb—Kanpur

43. Who was the National leader who wrote History of India on the walls of the Andaman Cellular Jail ?
(A) Nandanlal Bose
(B) Ambedkar
(C) Vir Savarkar
(D) Jyotiba Phule

44. The ‘Doctrine of Lapse’ was first applied to the Princely State of
(A) Satara
(B) Jhansi
(C) Oudh
(D) Jaunpur

45. The Indian Universities were first founded in the time of
(A) Macaulay
(B) Warren Hastings
(C) Lord Canning
(D) Lord William Bentinck

46. One of the following was not involved in the Chittagong Armoury Raid, 1934. Who was he?
(A) Kalpana Dutt
(B) Surya Sen
(C) Pritialata Woddedar
(D) Dinesh Gupta

48. Apart from the Quit India Movement which started on 9th August 1942, what other sensational activity of the freedom fighters was done on 9th August?
(A) Salt Satyagraha
(B) Boycott of Simon Commission
(C) Champaran Satyagraha
(D) Kakori Mail train “robbery”

49. Which of the following treaties brought an end to the independent existence of Peshwa Baji Rao II ?
(A) The Treaty of Purandhar
(B) Convention of Wadgaon
(C) Treaty of Bassein
(D) Treaty of Salbai

50. Which Indian statesman used these magic words, “Long years ago we made a tryst with destiny, and now the time comes when we shall redeem our pledge….” ?
(A) Mohandas Karamchand Gandhi
(B) Sardar Vallabhbhai Patel
(C) Netaji Subhas Chandra Bose
(D) Jawaharlal Nehru