Here, we have provided direct links for downloading the MCQ on Vedic Period Model Question Papers exclusively at free of cost in Ancient Indian History section. We observed most of the applicants are searching on the internet for Vedic Period MCQ Previous Papers. 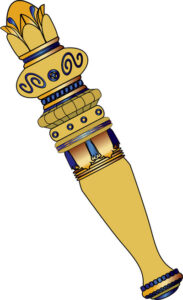 1. Which of the following Vedas provides information about the civilization of the Early Vedic Age?
A. Rig-veda
B. Yajur-veda
C. Atharva-veda
D. Sama-veda

2. The most important text of vedic mathematics is :
A. Satapatha Brahman
B. Atharva Veda
C. Sulva Sutras
D. Chhandogya Upanishad

3. Which metal was first used by the Vedic people?
A. Silver
B. Gold
C. Iron
D. Copper

7. The crop which was not known to Vedic people is
A. Barley
B. Wheat
C. rice
D. tobacco

8. The staple food of the Vedic Aryans was
A. barley and rice
B. milk and its products
C. rice and pulses
D. vegetables and fruits

9. The tax which the kings used to collect from the people in the Vedic period was called–
A. Bali
B. Vidatha
C. Varman
D. Kara

10. That the Rig-Vedic aryans were a pastoral people is borne out by the fact that
A. There are many references to the cow in the Rig Veda
B. Most of the wars were fought for the sake of cows.
C. Gifts made to priests were usually cows and not land
D. All of the above

11. Coins made of metal first appeared in
A. Harappan Civilisation
B. Later Vedic Age
C. Age of the Buddha
D. Age of the Mauryas

12. The origin of Indian music can be traced to which of the following Vedic Samhitas?
A. Rigveda
B. Samaveda
C. Yajurveda
D. Atharvaveda

13. What does Baudhayan theorem (Baudhayan Sulva Sutra) relate to?
A. Lengths of sides of a right-angled triangle
B. Calculation of the value of pi
C. Logarithmic calculations
D. Normal distribution curve

14. What is the Vedic name of river Ravi?
A. Purushni
B. Chandrabhaga
C. Arjikiya
D. Satadru

16. The term ‘Aryans’ denotes
A. an ethnic group
B. a nomadic people
C. a speech group
D. a superior race
17. The ‘Dharma’ and ‘Rita’ depict a central idea of ancient Vedic civilisation of India. In this context, consider the following
statements
1. ‘Dharma’ was a_ conception of obligations and of the discharge of one’s duties to oneself and to others.
2. ‘Rita’ was the fundamental moral law governing the functioning of the universe and all it contained.
Which of the statements given above is/are correct?
A. Only 1
B. Only 2
C. Both 1 and 2
D. Neither 1 nor 2

20. Which one among the following is not true with regard to Rigveda Samhita?
A. There are about 300 non-Indo-European words in Rigveda
B. There is a reference to dasarajna (battle of ten kings) in the Rigveda
C. It is mentioned in the Rigveda that the Bharata chief Sudas fought against a confederacy of ten tribes
D. Purus sided with Bharata in the battle of ten kings

22. Which one of the following four Vedas contains an account of magical charms and spells?
A. Rigveda
B. Yajurveda
C. Atharvaveda
D. Samaveda

23. Which of the following characteristics describes the nature of religion according to the Rigveda?
1. Rigvedic religion can be described as naturalistic polytheism.
2. There are striking similarities between the Rigvedic religion and the ideas in the Iranian Avesta.
3. Vedic sacrifices were conducted in the house of the priest who was called yajaman.
4. Vedic sacrifices were of two kinds those conducted by the householder and those that required ritual specialists.
Select the correct answer using the codes given below
A. Only 3
B. 1 and 2
C. All of these
D. 1,2 and 4

24. The themes of the murals of the Ajanta Caves are
1. decorative designs which include a variety of animals, trees and flowers.
2. portraits of various Buddhas and Bodhisattvas.
3. narrative scenes portraying Jataka stories.
Select the correct answer using the codes given below
A. 1,2 and 3
B. 2 and 3
C. 1 and 3
D. 1 and 2

25. The Purushsukta, which refers to the origin of caste, is found in the
A. Atharvaveda
B. Rigveda
C. Samaveda
D. Yajurveda

26. The Rigvedic God Varuna was
A. harbinger of peace
B. destroyer of foes
C. guardian of the cosmic order
D. God of prosperity

29. Which one of the following statements is not correct?
A. The statue of Gomateshwara at Sravanabelagola represents the last Tirthankara of Jains
B. India’s largest Buddhist monastery is in Arunachal Pradesh
C. The Khajuraho temples were built under Chandela kings
D. The Hoysalesvara temple is dedicated to Siva

30. Consider the following statements about votive inscriptions in the second century BC
1. They record gifts made to religious institutions.
2. They tell us about the idea of transference of the meritorious results of the action of one person to another person.
Which of the statements given above is/are correct?
A. Only 1
B. Only 2
C. Both 1 and 2
D. Neither 1 nor 2