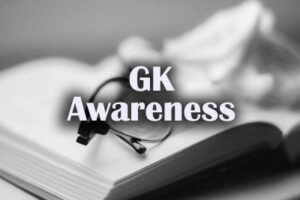 1. West Indies is also called
(a) Sugar Bowl of the World
(b) Islands of Sunshine
(c) The Spice Island of the West
(d) Pearl of Antilles

4. National Statistics Day is observed every year in India on 29th June to commemorate the birth anniversary of
(a) P.C.Mahalanobis
(b) D.R.Gadgil
(c) V.K.R.V.Rao
(d) Suresh D.Tendulkar

9. The author of the controversial book, ‘The Hindus: An alternative history’ is
(a) Dan Brown
(b) Peter Senge
(c) V.S.Naipaul
(d) Wendy Doniger

10. “Government can be changed not by bullet, but by ballot”. Who said this?
(a) Karl Marx
(b) George Washington
(c) Nelson Mandela
(d) Mahatma Gandhi

11. What is the full form of MFN?
(a) Money From North
(b) Most Favoured Nation
(c) Multi-Front Navy
(d) Monetary Fund Nexus

15. The city commonly known as ‘Manchester of India’
(a) Kolkata
(b) Jaipur
(c) Ahmedabad
(d) Ladakh

19. Dada Saheb Phalke Award is given for outstanding contribution in the field of
(a) Music
(b) Cinema
(c) Literature
(d) Dance

23. Name the then Indian ruler when East India Company was set up
(a) Jehangir
(b) Akbar
(c) Humayun
(d) Aurangzeb

24. The Island of Bombay was given to the English Prince Charles II as dowry by the
(a) Danish
(b) Dutch
(c) Portuguese
(d) English

25. With whose permission did the English set up their first factory in Surat?
(a) Akbar
(b) Jahangir
(c) Shahjahan
(d) Aurangzeb

27. During the reign of which Governor General the treasury had been shifted from Murshidabad to Kolkata?
(a) Warren Hastings
(b) Lord Cornwallis
(c) Lord Ripon
(d) Lord Wellesley

29. What was the reason or ground for the British Empire to annex Sambalpur in 1850?
(a) Lack of proper governance
(b) Death of its ruler without any heir
(c) Subsidiary Alliance
(d) Its involvement in a conspiracy against British Rule

32. Who among the following is known as ‘the liberator of the press’?
(a) William Jones
(b) Wellesley
(c) Sir Charles Metcalfe
(d) Lord Minto

34. The Permanent Settlement Act of 1793 was formulated by the then Governor General of India,
(a) Lord Cornwallis
(b) Lord Wellesley
(c) Warren Hastings
(d) Lord Dalhousie

36. With whom was the permanent settlement made?
(a) With peasants, cultivators
(b) With the Muqaddams
(c) With the Zamindars
(d) With village communities

38. Who put an end to the system of Dual Government in Bengal?
(a) Warren Hastings
(b) Clive
(c) Regulating Act
(d) British Parliament

41. The demand for the creation of Department of Agriculture under the Government of India came from
(a) East India Company
(b) British Government
(c) Office of the Governor-General
(d) Manchester Cotton Supply Association

42. The Battle of Plassey was considered as one of the most decisive battles of India because
(a) Great feats of valour were shown by the opposing force
(b) It made the English master of Bengal and overran the whole India within the next hundred years
(c) Robert Clive, for the first time showed his military stratagem
(d) The French in India were decicively beaten

44. The most important aspect in Queen Victoria’s Proclamation was
(a) The administration in India was taken over by the Crown
(b) Property qualification were prescribed for franchise
(c) The Governor of Bengal came to be called as Governor-General
(d) Provincial autonomy was accorded

46. Which Proclamation was called the ‘Magna Carta of Indian Liberty’?
(a) Abolition of Doctrine of Lapse
(b) Widow Remarriage Act
(c) Royal Proclamation on partition of Bengal in 1905
(d) Queen’s Proclamation of 1858

47. Name the first newspaper which was published in India.
(a) The Bengal Gazette
(b) The Calcutta Chronicle
(c) The Calcutta Gazette
(d) The Oriental Magazine of Calcutta

49. The controversial Gilbert Bill of 1883 was during the administration of
(a) Lord Curzon
(b) Lord Lytton
(c) Lord Ripon
(d) Lord Reading

50. The only Indian prince who actively participated in the Revolutionary Movement within and outside India was—
(a) Raja Aridaman Singh
(b) Raja Hari Singh
(c) Raja Kumar Singh
(d) Raja Mahendra Pratap