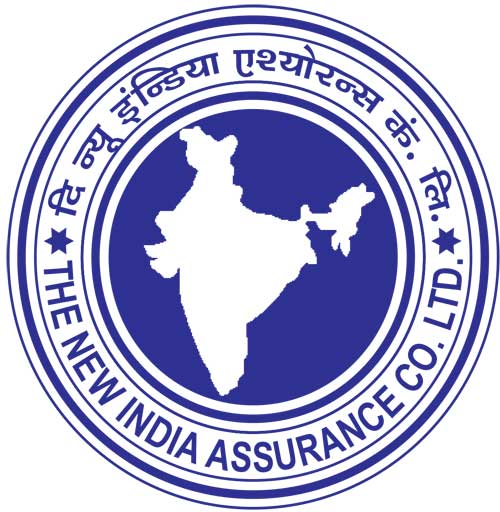 Directions (1-5): Read the following passage carefully and answer the questions given below it. Certain words have been printed in bold to help you locate them while answering some of the questions.

Among those suffering from the global recession are millions of workers who are not even included in the official statistics: urban recyclers -the trash pickers, sorters, traders and re-processors who extricate paper, card-board and plastics from garbage heaps and prepare them for reuse. Their work is both unrecorded and largely unrecognised, even though in some parts of the world they handle as much as 20 per cent of all Waste. The world’s 15 million informal recyclers clean up cities, prevent some trash from ending in landfills, and thus reduce climate change by saving energy on waste disposal techniques like incineration. In the developed countries they are the preferred ones since they recycle waste much more cheaply and efficiently than government or private corporations can. In the developing world, on the other hand, they provide the only recycling services except for a few big cities. But as recession hits the markets worldwide, the price of scrap metal, paper and plastic has also fallen. Recyclers throughout the world are experiencing a sharp drop in income. Trash pickers and scrap dealers saw a decline of as much as 80 per cent in the price of scrap from October 2007 to October 2009. In some countries scrap dealers have shuttered so quickly that researchers at the Solid Waste Management Association didn’t have a chance to record their losses. In Delhi, some 80 per cent of families in the informal recycling business surveyed by an organisation said they had cut back on “luxury foods,” which they defined as fruit, milk and meat. About 41 per cent had topped buying milk for their children. By this summer, most of these children, already malnourished, hadn’t had a glass of milk in nine months. Many of these children have also cut down on hours spent in school to work alongside their parents. Families have liquidated their most valuable assets primarily copper from electrical wires -and have stopped sending remittances back to their rural villages. Many have also sold their emergency stores of grain. Their misery is not as familiar as that of the laid-off workers of big-name but imploding, service sector corporations, but it is often more tragic.
Few countries have adopted emergency measures to help trash pickers. Brazil, for one, is providing recyclers, or “catadores” with cheaper food, both through arrangements with local farmers and by offering food subsidies. Other countries, with the support of non-governmental organizations and donor agencies are following Brazil’s example. Unfortunately, most trash pickers operate outside official notice and end up falling through the cracks of programmes like these. In the long run, though, these invisible workers will remain especially vulnerable to economic slowdowns unless they are integrated into the formal business sector, where they can have insurance and reliable wages. This is not hard to accomplish. Informal junk shops should have to apply for licenses, and governments should create or expand doorstep waste collection programmes to employ trash pickers. Instead of sorting through haphazard trash heaps and landfills, the pickers would have access to the cleaner scrap that comes from households.
The need of the hour, however, is a more immediate solution. An efficient but temporary solution would be for governments where they’d have to pay a small subsidy to waste dealers so they could purchase scrap from trash pickers at about 20 per cent above the current price. This increase, if well advertised and broadly utilised, would bring recyclers a higher price and eventually bring them back from the brink. Trash pickers make our cities healthier and more liveable. We -all stand to gain by making sure that the work of recycling remains sustainable for years to come.

1. Which of the following is not true in the context of the passage?
(1) Purchase of trash at a higher price by the government is only a temporary solution to the larger problem
(2) The welfare programmes started by the government for the recyclers largely fail to help them
(3) In the last couple of years the price of scrap has come down to 20% of its original price
(4) Few countries have started to take steps against the plight of the recyclers
(5) All are true

2. According to the passage, which of the following measures have been taken to help the distressed recyclers?
(A) Helping them With the aid of NGOs.
(B) Taking steps to make the scrap pickers have access to cleaner scrap
(C) Providing food subsidies to the recyclers
(1) Only A
(2) Only A and C
(3) Only C
(4) Only B and C
(5) None of these

3. How, according to the author, have the recyclers contributed towards saving the environment?
(A) By preventing the trash being dumped into the landfills
(B) By using renewable sources of energy to recycle the scrap
(C) By helping to avoid the energy consuming waste disposal techniques
(1) Only A
(2) Only B
(3) Only A and B
(4) Only A and C
(5) None of these

4. Which of the following has not been an effect of the losses observed in the informal waste recycling?
(1) To help their families, the children of the recyclers have started working thus compromising on their education
(2) Many scrap dealers have discontinued their businesses
(3) The government in many countries has derecognized scrap dealers in view of their unprofitable business
(4) Governments in many countries had to take emergency steps to help the recyclers deal with the crisis
(5) None of these

5. What does the author mean by ‘Their misery is not as familiar as that of the laid-off workers of big-name but imploding, service sector corporations’ as given in the passage?
(1) The effect of recession on the famous organizations is clearly noticed whereas the plight of informal recyclers is neglected
(2) Big name corporations are often hesitant to help the relatively smaller set-ups such as the that of the informal recyclers
(3) The big name private recyclers have been getting the government help whereas the smaller ones are not
(4) The misery of the informal recyclers has been kept a secret by the government
(5) None of these

7. Which step does the author suggest in order to immediately bring the waste recyclers back from the adversity?
(1) Enabling the scrap dealers to purchase scrap at a price higher than that of the market
(2) By advertising recycling as a profitable business amongst the informal recyclers
(3) Banning the waste collection by informal trash pickers
(4) Supporting the families of the recyclers until the recession tides over
(5) None of these

8. Which of the following is intended in the given passage?
(1) To highlight the domination of the big-name service industry corporations in the scrap dealing business
(2) To highlight various factors responsible for the prevailing malnutrition in children of the informal recyclers
(3) To suggest the steps which can help the anguished recyclers
(4) To explain the measures which can be taken in order to make recycling more energy efficient
(5) None of these

9. Why, according to the author, are the urban recyclers facing a sharp decline in their business?
(1) Recession has adversely affected the prices of scrap thus making it an unprofitable business
(2) Many governmental and private organizations have entered the business providing a comparatively better service
(3) Their work has been gradually derecognized by the government.
(4) Recycling and waste disposing techniques are cost inefficient
(5) None of these

10. What measures does the author suggest to help the informal recyclers in the times to come?
(1) To encourage them to work in union with the private organizations
(2) To provide them subsidies in food and education throughout their business career
(3) To record their losses precisely with the research conducted by Solid Waste Management Association and then take appropriate steps
(4) To involve them in the organized sector so as to enable them to have a stable income
(5) None of these

Directions (16 – 25): Read each sentence to find out whether there is any grammatical error in it. The error if any will be in one pan of the sentence, the number of that part will be the answer. If there is ‘No error‘, mark (5) as the answer. (Ignore errors of punctuation, if any.)

Directions (26 – 35): In the following passage there are blanks, each of which has been numbered. These numbers are printed below the passage and against each, five words/ phrases are suggested, one of which fits the blank appropriately. Find out the appropriate word / phrase in each case.
There once was a time when people thought of the environment, they thought of its beauty. But now as the natural beauty of the earth (26), many people around the world have (27) up to the realities of just how fragile our earth actually is. Central to this issue is pollution, which involves the production of (28) substances into the air, land, and water. Although pollution has been occurring (29) the earth’s history, the rate by which the human species have (30) to the amount of pollution that has entered our environment over the (31) so many years far (32) the earth’s inherent ability to heal itself.
Along with pollution, mass deforestation has also (33) a growing problem to the health of our environment. The (34) of forests without sufficient reforestation has gradually worn down nature’s natural defense against air pollution, desertification, and soil nutrient loss. This loss has reached to a point that we are now (35) a world in the near future without trees, which would ultimately mean a world without people.