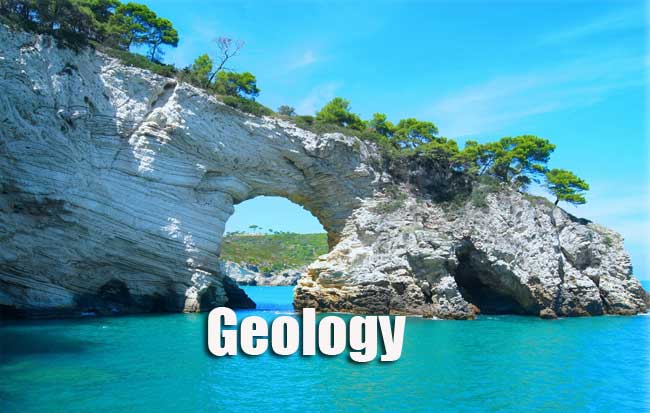 1. Which of the following mineral has no relation with copper ore ?
(1) Bornite
(2) Chrysocolla
(3) Covellite
(4) Allanite

5. In remote sensing, the image enhancement can be achieved by
(1) density slicing
(2) differentiation
(3) inversion
(4) image coding

6. Which of the following does not make a ‘lineament’ in the satellite imagery ?
(1) Topographic alignment
(2) Vegitational linears
(3) Geological faults
(4) Structural dome

13. Percentage of void space to the total volume of the rock is called
(1) Field permeability
(2) Lab permeability
(3) Safe yield
(4) Porosity of rock

16. A nearly impermeable rock formation which neither retain nor transmit the water is called
(1) Aquiclude
(2) Aquitard
(3) Aquifuge
(4) Aquifer

18. The ratio of the water can be drained freely from the rocks to the total volume of the rock is called
(1) Porosity
(2) Permeability
(3) Specific yield
(4) Specific retention

19. Under mineral concession terminology, Granite and Sandstone falls under which category ?
(1) Major minerals
(2) Minor minerals
(3) Industrial minerals
(4) None of these

22. Which of the following terms used for a mineral, required for defence and scarce available in the country ?
(1) Rare minerals
(2) Essential minerals
(3) Very important minerals
(4) Strategic minerals

24. To what extend, from base line of the territorial sea, the Exclusive Economic Zone (EEZ) is measured in nautical miles ?
(1) Five hundred
(2) One thousand
(3) Two hundred
(4) Two hundred fifty

25. The richest Thorium deposit is available in India at
(1) Calcretes of Indian desert
(2) Deep inside the Indian Ocean
(3) East and West coastal sands of India
(4) Khasi hills (North-East India)

35. Under Environment Policy of India, India has ‘Wildlife Protection Act’, which provides for the protection of wild animals, birds and plants. Mark the wrong statement.
(1) It extends to the whole of India.
(2) This Act was enacted in the year 1972.
(3) Before 1972, India had five designated national parks.
(4) Wildlife includes all dangerous animals but not bees, butterflies, crustacean, fish and moths; and aquatic or land vegetation which forms part of any habitat.

36. ‘Mineral Conservation and Development Rules, 2017’ are applicable to which of the following minerals ?
(1) Petroleum and natural gas
(2) Coal and lignite
(3) Strategic minerals like copper, lead, zinc
(4) Minor minerals

40. The relationship between organism and environment is known as
(1) Ecosystem
(2) Agronomy
(3) Biology
(4) Anthropology

42. The point within the Earth’s crust where the earthquake originates, is known as
(1) depth of origin
(2) epicentre
(3) focus
(4) geographical location

43. A vent of volcano, from which hot water and steam are periodically ejected with great force, is known as
(1) Geyser
(2) Fumeroles
(3) Solfataras
(4) Caldera

44. A deposit of pyroclastic flow, acidic in composition, formed in hot condition by welding of tuff is called
(1) Pumice
(2) Ignimbrite
(3) Agglomerate
(4) Sillar

47. The outer solid portion of the earth, known as lithosphere, which include
(1) only crust
(2) curst and asthenosphere
(3) crust and mantle
(4) part of the upper mantle and crust

48. According to Wegner, the present day continents were one supercontinent called Pangaea till the end of the
(1) Carboniferous period
(2) Permian period
(3) Triassic period
(4) Jurassic period

50. The lower most layer of atmosphere is
(1) Troposphere
(2) Stratosphere
(3) Mesosphere
(4) ionosphere

56. If Silicon Tetrahedron (SiO4) are linked by three of their corners, and extend indefinitely in a two dimensional network; which has a silicon and oxygen ratio 4:10; the silicate structure is called
(1) sheet structure
(2) double chain structure
(3) single chain structure
(4) framework structure

59. Which of the following minerals has different hardness along length and width ?
(1) Hornblende
(2) Kyanite
(3) Chromite
(4) Muscovite