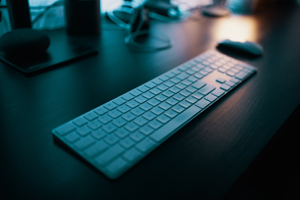 Start your preparation for the Computer Fundamental MCQ by downloading Question Papers.

1. In what form is the track organised in optical disk?
(a) Straight line
(b) Parallel lines
(c) Concentric circles
(d) Spiral

2. The rate at which scanning is repeated in CRT monitor is called
(a) Refresh rate
(b) Resolution
(c) Pitch
(d) Bandwidth

4. Which of the following is related to electronic card reader?
(a) Bar Code
(b) Smart Card
(c) Magnetic stripe
(d) All of these

6. What is the software model that describes skeleton first and refined to increase its capability?
(a) Water fall model
(b) Spiral model
(c) Evolutionary model
(d) Prototyping model

7. Compiler is an example of
(a) Utility software
(b) Application software
(c) System software
(d) None of these

8. What is a software system that is developed from an existing software package for specific organization?
(a) Firm ware
(b) Middleware
(c) Domain software
(d) Customised software

9. An assembly language is translated to its equivalent language by
(a) Translator
(b) Assembler
(c) Loader
(d) Interpreter

10. Which of the following is a machine independent language?
(a) Java
(b) Pascal
(c) COBOL
(d) BASIC

18. To what type of software does an operating system belong?
(a) System Software
(b) Application Software
(c) Middle Ware
(d) Intermediate Software

20. In magnetic disks data is organized on the platter in a concentric sets or rings called
(a) Sector
(b) Track
(c) Head
(d) Block

25. Main component of first generation computer was
(a) Transistors
(b) Vacuum Tubes and Valves
(c) Integrated Circuits
(d) None of the above

29. Which of the following is the measurement of things such as fingerprints and retinal scans used for security access.
(a) Biometrics
(b) Bio measurement
(c) Computer security
(d) Smart weapon machinery

31. A computer system that is old and perhaps not satisfactory is referred to as a(n)
(a) Ancient system
(b) Historical system
(c) Age old system
(d) Legacy system

37. A small graphic which represents a computer program, drive, folder or document is known as
(a) Button
(b) Icon
(c) Picture
(d) logo

38. Which DOS command is used to see the sub-directory structure of drive?
(a) Tree
(b) List
(c) Subdir
(d) Subtree

39. Which command can be used to clear the screen and display the operating system prompt on the first line of the display?
(a) Cd
(b) Md
(c) Rename
(d) cls

40. Which of the following generation is based on VLSI microprocessor?
(a) First
(b) Second
(c) Third
(d) Fourth

41. Batch processing was mainly used in which generation.
(a) First
(b) Second
(c) Third
(d) Fourth

43. The output of ALU operations is stored in
(a) Memory Devices
(b) Registers
(c) Flags
(d) Output Unit

45. What is the name of non-volatile chip that stores the date, time and system configuration?
(a) RAM
(b) CMOS
(c) JFET
(d) FET

46. In magnetic disks data is organized on the platter in a concentric sets or rings called
(a) Sector
(b) Track
(c) head
(d) block

47. Which common bus specification given below provides the most fastest data transfer rate?
(a) VL bus
(b) ISA
(c) PCI
(d) All of these

56. The first phase in SDLC is
(a) Feasibility analysis
(b) Requirement gathering
(c) Design
(d) Coding

58. In the classical waterfall model during which phase is the Software Requirement Specification (SRS) document produced?
(a) Design
(b) Maintenance
(c) Requirements analysis and specification
(d) Coding

59. A specialized computer that typically has more power and features than a standard desktop PC, is known as
(a) play station
(b) work place
(c) groupware
(d) workstation

63. Which batch file is read during booting a computer?
(a) Autoexec.bat
(b) Auto-batch
(c) Autoexecutive.bat
(d) Auto.bat

66. The ability of Operating System to perform multitasking:
(a) OS divides work between several CPUs
(b) Several program can be executed concurrently
(c) Multiple people can work concurrently
(d) All of these

67. Which tools should you use to create new volumes and format a new disk just installed on computer?
(a) Disk utility
(b) Format
(c) Disk management
(d) None of these

69. Which DOS command is used to see the sub-directory structure of drive?
(a) Tree
(b) List
(c) Subdir
(d) Subtree

71. Main component of first generation computer was
(a) Transistors
(b) Vacuum Tubes and Valves
(c) Integrated Circuits
(d) None of these

72. The section of the CPU that is responsible for performing mathematical operations
(a) Memory
(b) Register Unit
(c) Control Unit
(d) ALU

74. Information retrieval is faster from
(a) Floppy disk
(b) Magnetic tape
(c) Hard disk
(d) None of these

76. Result of logical operation is
(a) Boolean
(b) Integer
(c) Character
(d) String

85. The main objective of system modification is to
(a) use the latest software tools
(b) meet the user’s new/changed needs
(c) use the latest hardware
(d) have the most modern system

87. The term ‘Intellectual Property Rights’ covers
(a) Copyrights
(b) Know-how
(c) Trade dress
(d) All of these

88. The primary purpose of an operating system is to
(a) make the most efficient use of the computer hardware
(b) allow people to use the computer
(c) keep systems programmers employed
(d) make computers easier to use

90. Which DOS command displays only file and directory names without size, date and time information?
(a) Dir/w
(b) Dir a:
(c) Dir /b
(d) Dir /s

92. A system program that sets up an executable program in main memory ready for execution is
(a) Assembler
(b) Linker
(c) Loader
(d) Compiler

93. When you start up the computer the boot up storage at which the BIOS versions manufacturer and data are displayed on the monitor is called
(a) Bootstrap
(b) Power on self test (POST)
(c) System configuration
(d) Kernel loading